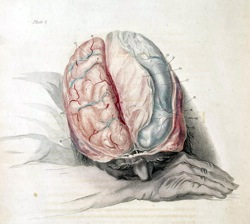 MEDIA ROOTS — Like many customs handed down to us by ‘experts‘ we often uncritically accept, sleep is yet another custom we may be misinformed about.  Daily, millions of people struggle with the simplest of biorhythms—sleep.  And we are often led to believe this has always been so.  Insomniacs are stigmatised and branded inadequate and defective.  But what if everyone complying with the six-to-eight hour sleep rule of thumb are wrong?

A growing body of research and increasing evidence are suggesting, up until relatively recently in human history, humans have slept in a disjointed manner comprised of two phases.  Modern technology has enabled states to squeeze their working-class, even persuading them to identify with a workaholic ethic.  Prior to the industrial era, human activity was harmonised with the Sun’s cycles.  So, at night, humans slept for a few hours, then awoke for an hour or two.  They would then drift off back to sleep for another cycle.  These phases were known as first sleep and second sleep.  And the period in between was known as the watch.  People used the watch to visit neighbours, chat with family, smoke a pipe, pray, or analyze their dreams, for example.

Just as we develop more sophisticated approaches to nutrition, exercise, and health, sleep should carry equal significance in our lives.  It’s widely held we spend roughly one third of our lives sleeping.  Could we be sleeping our lives away?  Or are we maximizing our lifespans with the eight-hour sleep regimen?  Still, it’s never too late to reconnect with our true circadian rhythms.

ALTERNET — I’ve always been at odds with sleep. Starting around adolescence, morning became a special form of hell. Long school commutes meant rising in 6am darkness, then huddling miserably near the bathroom heating vent as I struggled to wrest myself from near-paralysis.

Pursuing the truth about sleep means winding your way through a labyrinth of science, consumerism and myth. Researchers have had barely a clue about what constitutes “normal” sleep. Is it how many hours you sleep? A certain amount of time in a particular phase? The pharmaceutical industry recommends drug-induced oblivion, which, it turns out, doesn’t even work. The average time spent sleeping increases by only a few minutes with the use of prescription sleep aids. And — surprise! — doctors have just linked sleeping pills to cancer.  We have memory foam mattresses, sleep clinics, hotel pillow concierges, and countless others strategies to put us to bed. And yet we complain about sleep more than ever.

We have been told over and over that the eight-hour sleep is ideal. But in many cases, our bodies have been telling us something else. Since our collective memory has been erased, anxiety about nighttime wakefulness has kept us up even longer, and our eight-hour sleep mandate may have made us more prone to stress. The long period of relaxation we used to get after a hard day’s work may have been better for our peace of mind than all the yoga in Manhattan.

In sleep, we slip back to a more primitive state. We go on a psychic archaeological dig. This is part of the reason that Freud proclaimed dreams to be the royal road to the unconscious and lifted his metaphors from the researchers who were sifting through the layers of ancient history on Egyptian digs, uncovering relics and forgotten memories. Ghosts flutter about us when we lie down to rest. Our waking identities dissolve, and we become creatures whose rhythms derive from the moon and the seas much more than the clock and the computer.