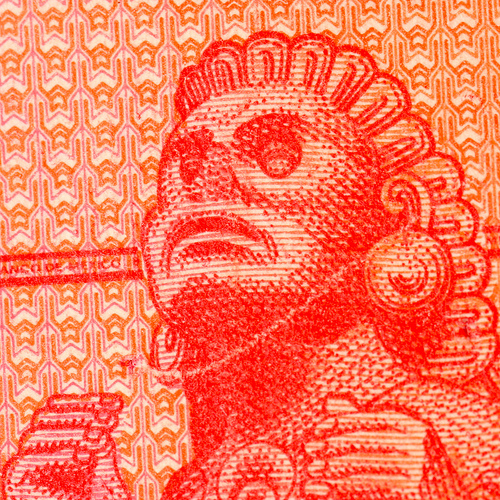 MEDIA ROOTS — With the reverberating excitement around the recent Italian Modern Monetary Theory Summit 2012, which is shattering orthodox and right-wing economic dogma in the Eurozone with common sense and offering the post-Shock Doctrine Occupy Movement intellectual tools to strengthen its activism, Media Roots takes a look at the work of one of the grassroots Summit’s featured speakers, particularly for younger readers and others.  This may be old news for some; yet, younger generations benefit when elders convey, celebrate, and affirm important works of radical thought in the public domain.

In 1972, Dr. Michael Hudson published, what Terence McCarthy called, “The most important work on imperialism since Lenin.”  As Bonnie Faulkner, host of Pacifica Radio’s Guns and Butter, indicates regularly when she airs Dr. Hudson, “His 1972 book, Super Imperialism: The Economic Strategy of American Empire is a critique of how the United States exploited foreign economies through the IMF and World Bank.”

“Never before has a bankrupt nation dared insist that its bankruptcy become the foundation of world economic policy; that, because of its bankruptcy, all the nations what their economies transferring its bankruptcy to themselves, stultifying their industries, and paying tribute to the beggar.”

“Effectively speaking, the United States has compelled the older nations of the West to pay for the overseas costs of the US war in Asia. Whatever they may desire, the central banks of Europe had no choice but to continue to except the paper dollar equivalents annually created as the domestic and overseas deficit of the United States increase. Otherwise, the whole of shaky structure of the world monetary system will collapse into rubble. America has succeeded in forcing other nations to pay for its wars on a systematic basis, something never before accomplished by any nation in history .”

MICHAEL HUDSON — In 1949 the United States held three-Quarters of the world’s gold; by 1960 it had become a debtor nation. And yet, the United States has built history’s most powerful and affluent empire. Its techniques for world domination remained, at first, the conventional devices of the economic superstate. In recent years, however, the United States has sophisticated its strategy to the point here, although fallen into serious debt, it has retained and even expanded its dominance. The United States has pioneered a new form of imperialism in which the assets of its competitors have been employed for American ends. The or now calls the tune for the creditor.

Terence McCarthy, in his Introduction, calls Hudson’s analysis of the Debtor superstate “one of the most important books of this century. It is the first work to synthesize the new and different form which capitalist imperialism has assumed since Lenin wrote.”

Michael Hudson teaches international and monetary economics at The New School for Social Research, Graduate Faculty. He has published articles in Ramparts, the Journal of International Affairs, Commonweal, Cross Currents and the Review of Social Economy, in addition to specialized monographs on balance-of-payments theory and accounting. He has worked as a Balance-of-Payments analyst for the Chase Manhatten Bank and for the accounting firm of Arthur Andersen, and as a senior economist for the Continental Oil Com.

In addition, he has lectured at the Institute for Policy Studies in Washington, D.C, before the National Association of Business Economists in New York, and elsewhere throughout the United States. He is currently writing a history of international trade and investment theory, and a study of the economic origins of the American Civil War.

GLOBAL RESEARCH — First written in 1972, it was updated in a 2003 edition that’s every bit as relevant now – thus this review focusing on Hudson’s new preface, introduction, and detailed account of the book’s theme.

He revisited it in his 2008-09 Project Censored award- winning article titled: “Economic Meltdown – The ‘Dollar Glut’ is What Finances America’s Global Military Build-up” in which he explains the following – the “inter-related dynamics” of:

— “surplus (US) dollars pouring into the rest of the world for yet further financial speculation and corporate takeovers;”

— global central banks “recyl(ing) these dollar inflows (into) US Treasury bonds to finance the federal US budget deficit; and most important (but most suppressed in the US media),”

— “the military character of the US payments deficit and the domestic federal budget deficit.”