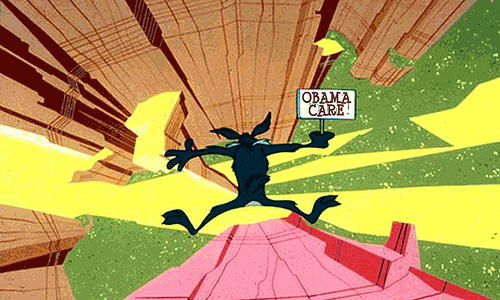 The biggest secret of politics in the United States is that a majority of the population is to the left of both major parties.

This can be amply demonstrated by comparing public opinion on a host of issues to the policies pushed by corporate and political elites. Whether it’s US aggression overseas, raising taxes on corporations and the Super Rich, expanding social services or any number of other issues, there is a vast disconnect between the people and those who purport to represent them.

This perhaps more than anything explains the widespread lack of public interest in voting. Rather than a result of apathy or ignorance, as many elite pundits arrogantly assert, public withdrawal from the electoral process is actually an informed choice. Since people often rightly view voting as a lose-lose proposition, voter turn-out in the United States is significantly lower than anywhere else in the industrialized world, plus millions who do vote do so with little enthusiasm.

On no issue is the disconnect between elites and the public more striking than health care. For decades, public opinion has favored a single payer system such as exists in every other industrialized country. Simultaneously, corporate elites and their representatives in the two major parties have been waging an unrelenting war on the people’s right to comprehensive health care. Their goals are to privatize Medicare, destroy Medicaid, and shift the cost of employment-based plans in both the public and private sectors to workers.

This disconnect is what lends the discussion about the Patient Protection and Affordable Care Act (PPACA) now before the Supreme Court such a comical tone. Amidst all the pathetic cries about Obamacare, nowhere is it mentioned that millions of those who oppose PPACA do so not because it’s a Marxist-Leninist attack on individual liberty, but because they recognize the law as a sell-out to the insurance and pharmaceutical industries. President Obama did not call on those who live and work on the frontlines of the health care crisis – nurses, social workers, public health advocates, the uninsured, the insured who have been denied necessary care – to write the bill. He delegated that task to insurance industry representatives, and they have been salivating ever since at the billions in additional profits they will reap when PPACA goes into effect.

The Democrats’ claim that there was no political will for a public option, let alone single payer, was Elite Speak for those of us in charge don’t care what the public wants. No one who’s paying the slightest bit of attention should have expected otherwise. Candidate Obama received $25 million from the insurance industry in 2008, after all, roughly four times as much as John McCain. And as most reasonably bright nine-year olds understand, Met Life, Pfizer and the rest of the ruling class are not in the business of financing Marxist-Leninist revolution.

Following the lead of the rest of the world is off the table in the boardrooms of the Super Rich even though the lack of a single payer system has been an important factor in the decline of US industry’s competitiveness (Swedish, Japanese and German automakers, for example, do not have to pay a dime for workers’ health insurance). Instead, the 1% has moved much production overseas while attacking the living standards of those domestic industrial workers who remain. The massive shift of the costs of employment health plans to workers has been a major piece of the unprecedented upward redistribution of wealth that’s occurred in this country over the last forty years.

Regardless of what supporters of PPACA may say, our health care system will remain wholly inadequate. Costs will remain out of reach, care will still be denied, needed services will remain at unacceptable levels or disappear altogether, women, people of color and children will be disproportionately impacted, and the overall result will be a further deterioration in living standards for the vast majority.

Momentum for single payer is far from dead, however. Like all efforts for social justice, the push for single payer received a tremendous infusion of energy from the Occupy Wall Street movement. Among other things, Occupy shone much-needed light on who it is that really owns this country. If that light continues to grow brighter, the openings for real health care reform – not to mention many other necessary social changes – increase.

Andy Piascik is a long-time activist and award-winning author. Write him at [email protected]