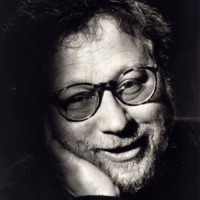 Schechter was a true pioneer of progressive independent journalism. He had a long career with ABC and CNN before unplugging from the mainstream to produce judicious films and write hard hitting books. He was a free press champion and fierce anti-apartheid activist who will be missed dearly by the millions of lives he touched.

MR: There is a sentiment among Americans, and older generations in particular, that the only news that can be trusted comes from major media sources on television and in print. As an independent journalist, how do you fight this battle for legitimacy?

Danny Schechter: I began fighting it by infiltrating it, becoming a producer at CNN, ABC and CNBC. I wanted to learn the techniques and understand the culture inside big media. I tried to bring the strengths of the system into my work as an impendent producer. There is a reason that folks tend to watch TV. It has to do with its mastery of production techniques, story telling and ways to appeal to the audience coupled with extensive marketing and promotion. As other entertainment choices become more expensive–live sports, theater, movies, TV appears a more affordable option. I know you are mostly interested in news and the fact is that there are now so many more choices, on line and off. I have been involved on line since l986, producing the Media channel since l999 as part of an effort of offering other narratives and critical ideas. I am also an author and independent documentary producer so use those formats too often within the context of journalism.

MR: What are your thoughts on today’s television journalists and news anchors? Can you comment on the trend of these individuals filling news segments with their personal opinions rather than objectively reporting significant news?

Danny Schechter: The notion of total objectivity has been discredited but remains the fiction that an industry uses to suggest its neutrality even when it makes clear choices in what stories to report and which to ignore, omission being as important as commission here. News anchors become the personalities they use to sell their wares–it is more about selling than telling—but other networks which are popular like Al Jazeera are not as wedded to the celebrity anchor, preferring to let what is news, drive the discourse.

MR: Many people, if they have not heard about it on the nightly news, don’t care to learn other information. Do you find it hard to communicate information that is never addressed on television?

Danny Schechter: First, nightly newscast has a smaller and smaller audience and skews older–just look at all the ads for certain pharmaceutical products. But that does not mean people are necessarily being exposed to more in-depth treatments. With Tweets and face book, we are as much as a headline hit parade country as we always was.

Yes, It is more difficult to be ahead of the news pack because what you do often lack for reinforcement and validation from other sources and outlets. We live in a media environment. Can it be done–yes–but with great difficulty.

MR: Should we be concerned that on many occasions’ public relations firms are providing the nightly news instead of journalists?

Danny Schechter: 70% of media school grads go into PR because those firms have jobs and pay better than news outlets. Of course, we should be concerned when sources are not transparent and spin substitute for journalism. Its not just the pr firms—because governments and corporations –and advocacy groups–play a big role.

MR: What do you feel has been the most significant change within the field of journalism over the past 10 years?

One thought on “Final Thoughts from Danny Schechter”