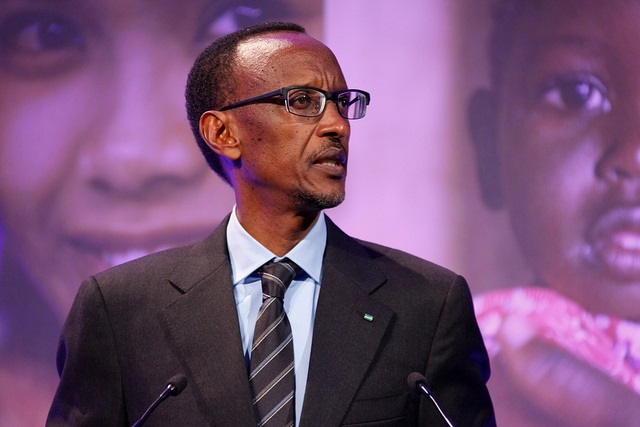 For twenty years, Western elites have spun a tale of how Rwandan dictator Paul Kagame heroically ended the 1994 genocide in that country.

That narrative has persisted despite the fact that a great deal of evidence shows that Kagame’s Rwandan Patriotic Front (RPF) did much of the killing and has committed extraordinary levels of violence in neighboring Congo since invading that country not long after seizing power.

The recent BBC telecast of Rwanda: The Untold Story indicates that the truth about Kagame may finally be penetrating the mainstream. Rwanda: The Untold Story presents much information that contradicts the official narrative, specifically that the dramatic escalation in violence began not in April 1994 but in October 1990 when the RPF invaded from its outposts in Uganda; that RPF forces killed tens of thousands of people in the 42-month period from the invasion to April 1994; and that the RPF is responsible for the deaths of several hundred thousand more Rwandans during the three month period of bloodshed in 1994.

In contrast, the spinners of the Kagame the Hero tale have put the entire responsibility on the Hutu-controlled government and armed Hutu mobs. The RPF’s 1990 invasion, meanwhile, has been completely written out of history in the official narrative, as has RPF responsibility for the shooting down of a plane carrying Rwandan president Juvenal Habyarimana. It was immediately after the murder of Habyarimana that what has been known since as the Rwandan Genocide began.

Another part of the official narrative that was exposed long ago by Edward Herman, Robin Philpot and others is that the US didn’t do enough to stop the killing. In fact, Kagame was an imperial operative as early as the 1980’s who trained at Fort Leavenworth and the US was closely allied with the RPF even before the 1990 invasion. Throughout the spring of 1994, the Clinton administration was proactive in blocking the UN from taking measures that might have prevented much of the killing. Former United Nations Secretary General Boutros Boutros-Gali, for one, has put the entire blame for what happened in Rwanda in the 1990’s on the United States.

In addition, while the Rwandan government and France, its primary ally, supported international action to stop the killing, Kagame was so determined to take complete control of the country that he eschewed a ceasefire and negotiations. The inescapable conclusion is that the mounting deaths on both sides were acceptable to Kagame and, by extension, the US, so long as the end result was complete victory and the ascension of the RPF to power.

From the outset, both Hutu and Tutsi survivors, UN officials and numerous investigators have presented an entirely different version of events. Those stories, which have been fortified by population studies and other means, reveal that both sides are each responsible for hundreds of thousands of killings. These dissident voices have been ignored and, in the case of several studies by human rights groups and the UN, suppressed – at least until the airing of Rwanda: The Untold Story.

Perpetrators and supporters of empire who have never seen a US war crime they didn’t like have attacked critics of the official narrative and obfuscated who really benefits from the ongoing warfare. It’s a neat trick practiced regularly: falsely accuse dissidents of denying atrocities and deny imperial atrocities, all the while obscuring the billions in US business profits made possible by Kagame’s invasions of the Congo.

Western plunder of the region dates to the murderous rule of Belgian King Leopold II. No sooner did the Congolese independence movement succeed in 1960 than Congolese reactionaries and their Belgian and CIA helpers overthrew and eventually murdered Patrice Lumumba, the nation’s first elected Prime Minister. Eventually installed in Lumumba’s place was US puppet Mobutu Sese Soko, who for 30 years served US business interests as zealously as Kagame has. And much as a succession of US administrations hailed Mobutu as a great man, Clintons, Madeline Albright, George Bush II, Samantha Power and Susan Rice hail Kagame as “the man who ended the Rwandan Genocide.” Never mind the millions of Congolese who have been killed or died from starvation, disease and other causes traced directly to Kagame’s invasions.

The unraveling of the official Rwanda story has global implications, as the US has invoked “preventing another Rwanda” to justify invasions of the former Yugoslavia, Libya and large swaths of the Middle East. With a population increasingly alarmed by endless wars of aggression, the fact that the foundation for those acts is one big lie brings us closer to the day when we can end forever imperial ambitions and war.

One thought on “The Official Rwanda Story Unravels”