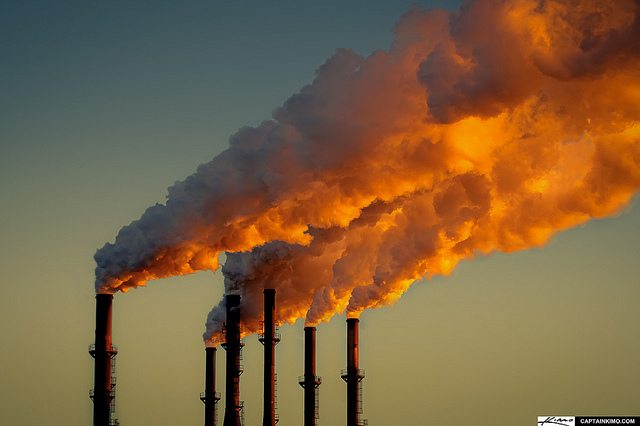 Despite near-unanimous global scientific and governmental consensus that global warming is accelerating due to human activity, debating this fact is still a favorite political pastime in the United States.

Governments around the world acknowledge the science that connects industrialization, increased greenhouse gas emissions, and their detrimental impact on the climate, and are currently acting upon solutions. Yet the US, one of the largest greenhouse gas producers, has repeatedly refused to participate in global climate reform. To further confound this reality, the November midterm elections placed ardent climate-change deniers in line for senior legislative environmental policy positions.

Meanwhile, the evidence continues to mount. An abundance of reports show that not only does climate change exist, but that it’s human-induced and will cause severe and non-reversible negative consequences for the planet. Most recently, the Intergovernmental Panel on Climate Change (IPCC) released its 2014 Climate Change Report, which states the observed changes in the climate are “unequivocal” and that carbon dioxide, methane and other greenhouse gas emissions have increased exponentially in the past 60 years. The majority of carbon emissions are absorbed into the ocean, causing rapid acidification which has already caused mass die-offs.

Despite having presented overwhelming evidence from over 130 countries that support this conclusion, IPCC reports continue to be attacked by US media outlets. In 2007, minor errors in the Climate Change Report were widely exploited to justify a denial of its findings, forcing scientists in the US to respond in an open letter. Instead of acknowledging climate change science, the US media continues to distort reality by creating a false equivalency between the two sides.

Additionally, when extreme weather phenomenons are reported, climate change is rarely mentioned as a contributing factor. Project Censored found that out of 450 news segments about weather anomalies in 2013, only 16 of them mentioned climate change.

One may be inclined to believe that politicians who deny man-made climate change are innocuously naïve, but many times they are consciously furthering the neoliberal business agenda at the expense of the planet. Accepting the true human impact on the world would mean instilling regulations to curb pollution, which would cut into corporate profits. As Naomi Klein keenly elucidates, the destructive nature of neoliberalism does not lend itself to a sustainable environment, now or ever. Free-market advocates don’t look at earth resources beyond market shares, and their corporate mantra is to continuously maximize profits.

Fossil fuel companies know their time is running out, so they’ve launched a propaganda war to confuse the American public about climate change, raising serious questions about democracy and the right to information. Journalist George Monbiot has extensively researched the ties between oil companies and the reproduction of climate change disinformation. As Abby Martin on Breaking the Set revealed, those who want to protect oil interests fund think-tanks with the sole aim of derailing climate change evidence and environmental advocacy.

One example of intentionally manipulating public opinion is EPA Facts, whose single purpose is to debunk research by the Environmental Protection Agency. Sourcewatch describes it as a “front group operated by the PR firm Berman & Co.” which manages several similar groups that work to further market fundamentalism, including anti-minimum wage campaigns, food safety, and a host of other social policies. Another egregious example of this collusion is the American Enterprise Institute. This Exxon Mobil-funded think tank blatantly offered funding to scientists and academics that could produce research to dismiss human caused climate change.

Other industries that contribute significantly to greenhouse gas emissions, such as the beef industry, also have ties to climate change denial. A report by the 2006 UN Food and Agriculture Organization (FAO) found that livestock production is responsible for up to 18 percent of total emissions, more than all transportation combined. Coincidentally, Koch Industries, which oversees Matador Cattle Company, has consistently funded climate change denial.

These astroturf groups have subverted the dialogue, toxified the political process and halted environmental progress. Sociologist Robert J. Bruelle found just how prevalent they are too, with at least 140 organizations existing solely to poison the well and delay legislative action on climate change. Mega rich donors who also want to chip in are becoming more savvy in their funding techniques, using third-party agencies such as Donors Capital Fund to anonymously funnel money into neoliberal policies. As the Guardian revealed last year, anonymous billionaires donated up to $120 million to anti-climate groups to discredit the scientific consensus using Donors Trust.

As journalist Lee Fang discussed on Democracy Now, Republicans who deny man-made climate change and are largely backed by fossil fuel companies will soon be in key positions to block environmental policies. This includes Senator Jim Inhofe in the Environment Committee, Senator Ron Johnson in the Homeland Security and Government Reform Committee, and possibly Senator Ted Cruz in the Science Subcommittee, which controls federal scientific research. Beyond their proclaimed skepticism or outright denial of climate change, these leaders’ ties with oil giants will dismiss any chance of judicious policy decisions.

Because campaign funding is intimately tied to corporate interests, Americans must recognize the influence that corporations and politicians have on media, advertising, think-tank research, and other avenues of information. It’s also a critical time to recognize neoliberalism (or market-fundamentalism) as a toxic system that places corporate profit over any chance for democracy. Acknowledging climate change as a global reality is the first step to demanding sustainable environment policies and proper investment in renewable energy sources.

Other countries are quickly progressing on this front. Germany’s Energiewende project (energy transition plan) has successfully turned nearly one-third of their electricity production carbon-free over the past ten years, and are projected to be 100% renewable as early as 2050. The country’s renewable plan uses electricity through solar photovoltaic and onshore wind power energy.

The US could do this too. Dr. Mark Jacobson from Stanford University developed a plan for America to shift to 100 renewables by 2050, tailoring the proposals for each state based on regional resources available. California, for instance, would meet its energy needs by switching to 55% solar, 35% wind, 5% geothermal, and 4% hydroelectric power. Details of the intricate plan include land requirements, projected cost and savings, expected job creation, and how the proposed trade-off would significantly reduce pollution and global warming emissions.

Plans like this demonstrate the potential the US has in shifting its energy policies and being a leader in sustainable development. Rather than watching the fictitious ‘climate change’ debate unfold, the American public should be aggressively advocating for the development and implementation of green energy plans. It is now or never, and unfortunately, the planet cannot wait.

One thought on “The Climate Change “Debate” and Marketization of Nature: Everyone Loses”