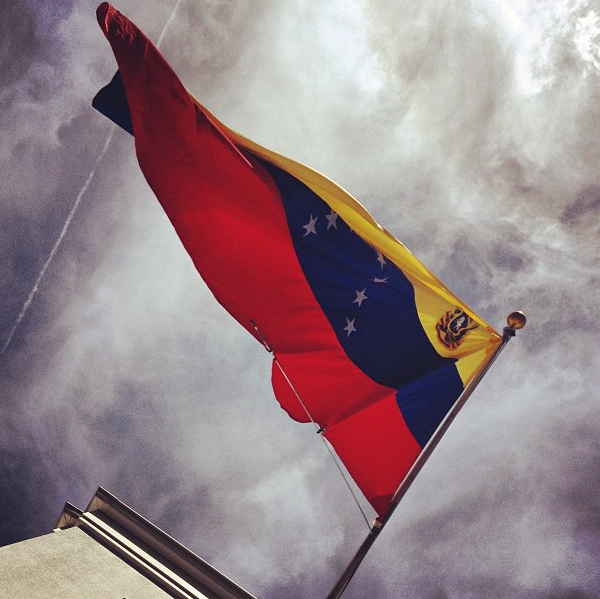 Virtually alone among world nations, the United States has refused to recognize the election of Nicolas Maduro as president of Venezuela. Unfortunately, this activity has become the norm in international affairs: the U.S. stands alone like the schoolyard bully, or nearly isolated with Israel, Saudia Arabia and Great Britain.

The people of Venezuela remember all too well that the American government instigated a coup that temporarily deposed the late Hugo Chavez, Maduro’s predecessor, in 2002. In the eleven years since, Washington has continued to fund opponents of the revolution and foment strikes, demonstrations and general unrest. In recent months, Venezuela expelled three U.S. diplomats who were working with opposition forces to undermine Maduro’s presidency.

Venezuela is justified to fear that this interference might escalate. Profits of investors are preeminent and any person or movement seeking to take control of resources for the popular good is branded an enemy and treated as such. The following examples are just the tip of the imperial iceberg:

Iran, 1953: The CIA helped overthrow the popular anti-monarchist Mohammad Mossadegh, largely because he nationalized Iran’s vast oil resources, and replaced him with the Shah. Oil reserves were returned to Western control and 26 years of despotic rule followed.

Guatemala, 1954: The U.S. overthrew the democratically elected Jacobo Arbenz and soon turned Guatemala into killing fields. Earlier this year, former dictator Efrain Rios Montt was convicted of genocide by a Guatemalan court. Those in the U.S. who made the killing possible and profited most from it, however, remain at large.

Vietnam, 1950’s: After the Geneva accords of 1954 set up elections to unify Vietnam, the U.S. spent the ensuing years making sure no elections were held, knowing Ho Chi Minh would win in a landslide. Twenty years later, after American forces had killed four million people and destroyed three countries, the Vietnamese drove the U.S. out anyway.

Congo, 1961: Three months after Patrice Lumumba became the first democratically elected Prime Minister of the newly-independent Congo, the U.S. helped overthrow his government (he was executed by his captors several months later). Soon thereafter began the murderous reign of Mobutu Sese Soku, who also embezzled billions of dollars, much of it “aid” from U.S. taxpayers, though successive American presidents were happy to look the other way because he ensured Western business elites easy access to the Congo’s vast resources.

Indonesia, 1965: One of the bloodiest episodes in recent history began with a Washington backed and armed coup that resulted in the killing of approximately one million peasants and the installation of the dictator Suharto. Ten years later, Suharto invaded East Timor, again with crucial U.S. support (and weapons) and wiped out 30% of the Timorese population.

Dominican Republic, 1965: Shortly after the CIA assassinated long-time dictator and American puppet Rafael Trujillo because his act had gotten too extreme, Juan Bosch became president in the nation’s first free election in 38 years. Five months later, U.S. backed generals ousted Bosch, and a groundswell of popular support for his reinstatement was snuffed out by a U.S. invasion. Another Washington puppet, Joaquin Balaguer, became president in a fraudulent election that took place with 40,000 American soldiers occupying the tiny nation and participating in the murder of Bosch supporters.

Chile, 1973: Much as it has done in Venezuela in recent years, the U.S. began funding oppositionists and fomenting strife as soon as Salvador Allende was elected president in 1970. With additional help from the U.S., the Chilean military overthrew and murdered Allende in 1973 and the long reign of fascist Augusto Pinochet began.

Haiti, 1990-2004: In a country that suffered one agony after another under U.S. playmates Papa Doc and Baby Doc Duvalier, a popular upsurge led by the Lavalas party swept Jean Bertrand Aristide into office in 1990. A coup three years later by generals close to drug cartels begat brutal repression until Washington allowed Aristide to return on the condition he implement harsh austerity measures. When he chose instead to push the widely supported program of Lavalas, the Clinton administration whisked Aristide out of the country at gunpoint. Haiti has been ruled by heirs of the Duvalier tradition since.

One dramatic change in the last 50 years is the consistent opposition of the American public to such interventions. This was perhaps best illustrated in the 1980’s when U.S. solidarity movements undoubtedly prevented greater bloodshed in South Africa, El Salvador, Nicaragua and possibly other places. One striking feature were the thousands who travelled to work alongside Nicaraguan peasants as well as to serve as a human shield, knowing the U.S. backed contras were less likely to murder Americans. The intelligentsia here, if it ever reported this remarkable phenomenon, surely prefers to forget; people in Nicaragua and the rest of Latin America, not to mention the Washington planners of contra terror, most definitely have not.

Nicolas Maduro is not the issue. Hugo Chavez was never the issue and none of the individuals mentioned above were ever the issue. What was, and is, the issue is the effort of a galvanized populace to wrest control of their economic life from U.S. investors and the local stooges who do their dirty work. That is something the Super Rich here cannot abide, and all preventive measures are on the table, including war, unspeakable atrocities, even genocide.

By remaining ever vigilant and supporting those throughout the hemisphere (indeed, the world) who work to create a new day, we can perhaps block further U.S. interference in Venezuela, not to mention Colombia, Bolivia, Mexico, Honduras and oh so many other places.

Andy Piascik is a long-time activist and award-winning author who has written for Z Magazine, The Indypendent, Counterpunch and many other publications and websites. He can be reached at [email protected]