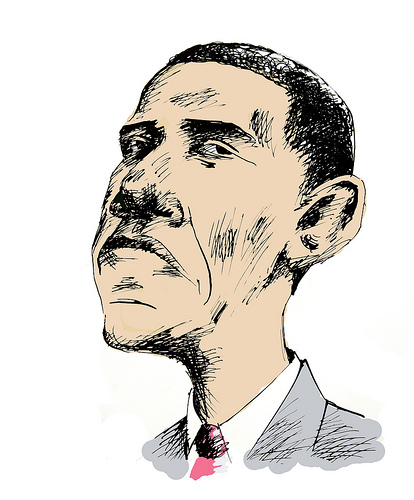 MEDIA ROOTS – Released nationwide on Friday, the documentary film Barack Obama: 2016 is not only highly critical of President Obama’s job performance, it again raises the question of who he is and what his view of America is in the world. While the film does not offer many certainties about the president’s potential second term in office, it does use his previous actions as a device for telling a story that many Americans may not be familiar.

The film, distributed by Rocky Mountain Pictures, is written and directed by Dinesh D’Souza and based on his book The Roots of Obama’s Rage. It is very open about its conservative approach, which allows the viewer to set aside any perceived spin and focus on the information presented. Some ideas about the president’s past would excite conspiracy theorists as the production makes clear there are many more questions than there are answers.

After a brief description of his own youth in India, D’Souza begins his narrative with a brief comparison of his own life and that of Mr. Obama. Born, having graduated from college, and married in the same years as each other, the two lives appear at first quite parallel. What shapes their youth more than anything is their immigration to the United States and, in particular, their Ivy League education.

But what Mr. D’Souza cannot relate to is having not been brought up with a father. He does, however, appear to make an honest effort in learning the developmental psychology of such abandonment during childhood by interviewing a specialist and a former co-worker of his mother. Additionally, he uses Obama’s own words – literally Obama’s voice from the book-on-tape – from the book Dreams from my Father, to help paint a picture of an upbringing that often felt empty. But because of his mother’s compassion, “Barry” did have several male influences throughout his upbringing and it is this subject matter that seems to interest D’Souza the most. Who were these men and how come so little is known about them?

The film goes on to explore several of these relationships. As a young boy in Indonesia, Obama’s stepfather Lolo Soetoro may have helped foster a free spirit and as a young man in Chicago, Obama worked with Weather Underground’s Bill Ayers and listened to radical sermons delivered by Reverend Jeremiah Wright. But it’s his childhood mentor, Frank Marshall Davis, which seems to be of particular influence on his development while remaining virtually unknown to most Americans. After a closer examination into this relationship, one might develop a keen insight into what is yet to come for the United States.

Game Change, released by HBO in March, confirmed what every rational American already knows: Sarah Palin is about as adept at managing a family as she is at answering basic questions from the press. While the film was officially denounced by both Senator McCain and Governor Palin, it was endorsed by one of Senator McCain’s former senior advisers and appeared to be a way for the Republican establishment to reconcile its 2008 campaign blunder. It hardly challenged viewers perceptions of the right wing and provided very little insight into future GOP strategy.

The Campaign has been in theaters for almost a month and offers viewers a slapstick parody of the election process. Distributed by Warner Brothers, the film provides a non-partisan approach to politics but does reinforce the corporate media establishment by providing several product placements of cable news networks. Many television pundits made cameo appearances including Chris Matthews and Ed Schultz of MSNBC, Wolf Blitzer and Piers Morgan of CNN, and Bill Mahr of HBO. (Interestingly enough, many of these personalities seem to have close ties to the White House. Mahr made news earlier this year after donating one million dollars to the Obama re-election campaign while Schultz claims he would donate to the president if he could.)

Political films released during campaign seasons will continue to leave an impression on the minds of voters and nonvoters alike. But as the left-right paradigm begins to lose traction with an increasingly alert citizenry, it is still uncertain if this same awareness will be applied when considering the corporate media establishment. For if citizens continue to consume political comedies produced by this entity just prior to an election, then their laughter will most likely translate into increased apathy of the electoral process and the elite will remain in control.