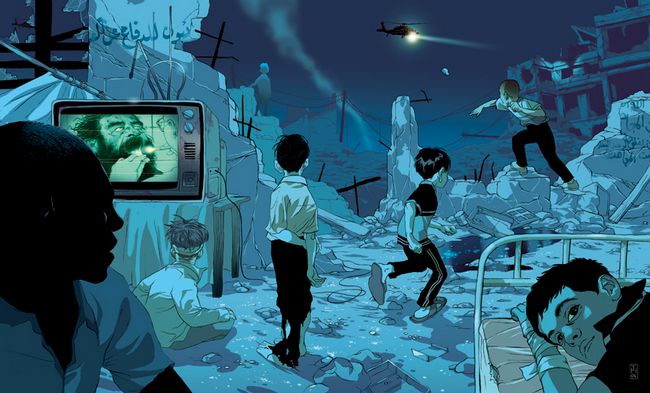 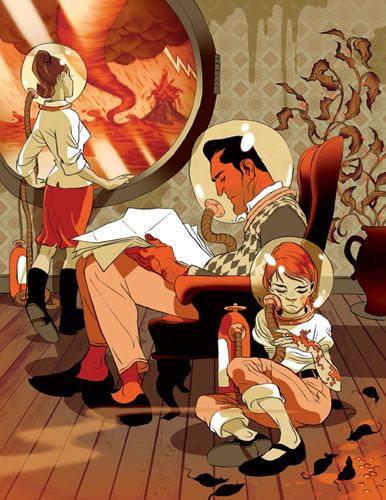 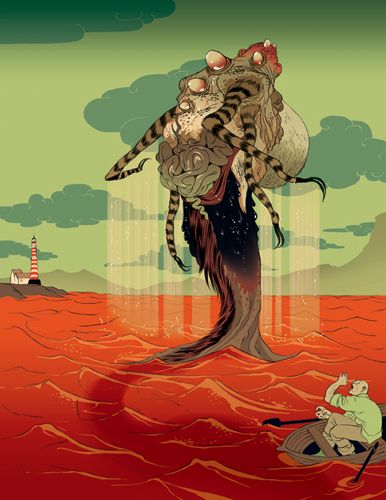 BIO– Tomer Hanuka is an illustrator and a cartoonist based in New York City. He works on a range of projects for magazines, book publishers, ad agencies and film studios. His Clients include The New Yorker, D.C comics, Nike and Microsoft. He has won multiple gold medals from the Society of Illustrators and the Society of Publication designers, and was showcased in Print magazine and American Illustration. In 2008 a book cover he created won the British Desgin Museum award as part of the Penguin Classics Deluxe Editions. Waltz With Bashir, an animated documentary for which Tomer contributed art, was nominated for an Oscar in 2009, and won the Golden Globe that same year. Currently he teaches at the School of Visual Arts and is working on a graphic novel with his twin brother Asaf.

To see more of Tomer’s work go to http://www.thanuka.com/