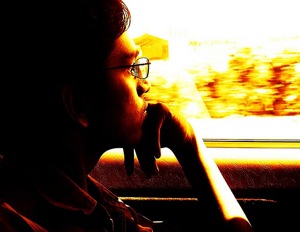 BRUCE LIPTON, PHD– Sometimes, the body’s natural harmony breaks down, and we experience dis-ease, which is a reflection of the body’s inability to maintain normal control of its function-providing systems. Because behavior is created through the interaction of proteins with their complementary signals, there are really only two sources of dis-ease: either the proteins are defective or the signals are distorted.

About 5 percent of the world’s population is born with birth defects, which means they have mutated genes that code for dysfunctional proteins. Structurally deformed or defective proteins can “jam the machine,” disturb normal pathway functions, and impair the character and quality of lives. However, 95 percent of the human population arrives on this planet with a perfectly functional set of gene blueprints.

Because the majority of us have a perfectly healthy genome and produce functional proteins, illness in this group can likely be attributed to the nature of the signal. There are three primary situations in which signals contribute to dysfunction and dis-ease. The first is trauma. If you twist or misalign your spine and physically impede the transmission of the nervous system’s signals, it may result in a distortion of the information being exchanged between the brain and the body’s cells, tissues, and organs.

The second is toxicity. Toxins and poisons in our system represent inappropriate chemistry that can distort the signal’s information on its path between the nervous system and the targeted cells and tissues. Altered signals, derived from either of these causes, can inhibit or modify normal behaviors and lead to the expression of dis-ease.

The third and most important influence of signals on the dis-ease process is thought, the action of the mind. Mind-related illnesses do not require that there be anything physically wrong with the body at the outset of the dis-ease. Health is predicated upon the nervous system’s ability to accurately perceive environmental information and selectively engage appropriate, life-sustaining behaviors. If a mind misinterprets environmental signals and generates an inappropriate response, survival is threatened because the body’s behaviors become out of synch with the environment. We may not think that a thought could be enough to undermine an entire system, but, in fact, misperceptions can be lethal.

Continue reading about The Nature of Dis-Ease.

One thought on “The Nature of Dis-Ease”