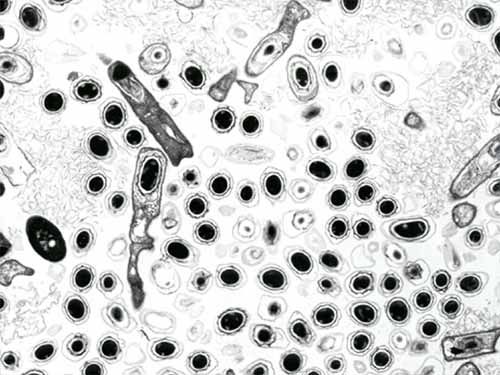 On September 11th, 2001, the Bush administration started inoculating themselves with Cipro, the antibiotic to prevent anthrax infection. Several journalists were also told to take Cipro by government officials, yet the precautionary advice wasn’t provided to the American public.

On October 5th, Robert Stevens, writer for the Florida Sun was diagnosed with anthrax and died soon after. Two postal workers, a nurse and an elderly widow also died from subsequent infection. The journalists in the know about taking Cipro could have saved the lives of these five people.

Four more letters containing high grade weaponized anthrax were sent to Senator Tom Daschle, Senator Patrick Leahey, NBC’s Tom Brokaw, and the New York Post. Meanwhile, the Bush administration, along with many establishment journalists (including those given the early Cipro tip), spread fear by implying the anthrax letters were the ‘second wave’ of terrorism perpetrated by Al Qaeda or Saddam Hussein. Officials continued to release ‘leaks’ linking anthrax to Hussein up until the 2003 Iraq invasion.

Once the Iraq war was in full swing, the FBI announced it had its first suspect, a US government scientist named Steven Hatfill, and proceeded to smear his reputation without bringing any criminal charges against him. Hatfill eventually fought back against the agency and settled out of court for nearly nearly six million dollars.

The FBI initiated a campaign to destroy its next suspect, Dr. Bruce Ivins, a bio-weapons expert who previously consulted on the investigation into the anthrax letters, going as far as trying to bribe his hospitalized daughter and convince his son to turn him in. Allegedly, Ivins committed suicide with an overdose of Tylenol while he was under 24-hour surveillance. Since the main suspect died before facing trial, the FBI unequivocally maintains Ivins was guilty of the attacks. Yet the case relies purely on circumstantial evidence, made even weaker by the National Academy of Sciences debunking the supposed DNA evidence linking Ivins to the anthrax used in the letters.

On the newest segment of Media Roots Radio: The 9/11 Bulletin, Robbie Martin speaks in-depth with author Graeme MacQueen about the timeline and anomalies surrounding the 2001 anthrax attacks.

Born in Nova Scotia, Graeme MacQueen received his Ph.D. in comparative religion (with a specialization in Buddhism) from Harvard University. He taught in the Religious Studies department of McMaster University in Canada for 30 years. In 1989 he became founding Director of the Centre for Peace Studies at McMaster, after which he helped develop the B.A. programme in Peace Studies and assisted with peace-building projects in Sri Lanka, Gaza, Croatia and Afghanistan. He has published numerous peer-reviewed articles and book chapters as well as several books. He is Co-editor of the Journal of 9/11 Studies, and has just released his book  The 2001 Anthrax Deception: The Case for a Domestic Conspiracy.