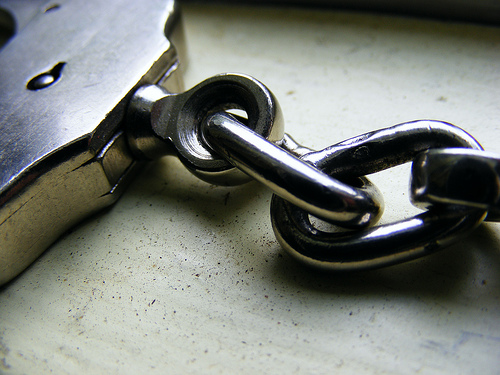 MEDIA ROOTS – Federal agents are continuing to detain a Marine Corps veteran in Chesterfield, Virginia for posts made on his website that expressed discontent for the federal government and accuse elements of it for orchestrating the 9/11 attacks.

On the evening of August 16, FBI agents accompanied by US Secret Service and Chesterfield County police officers approached the home of Brandon J. Raub, 26, a decorated combat engineer who had served tours in Iraq and Afghanistan from 2005 to 2011.

After talking with authorities for “20, 30 minutes” it is still unclear what justification was used for his detainment as his posts did not mention any specific threats of violence to any person or place, nor did they include any imagery of destruction.

Having risen to the rank of sergeant, Raub returned home and continued to serve his country by helping establish the Richmond Liberty Movement. As an organizer, he frequently updated his web page with sentiment of an impending revolution. As a citizen journalist, he made several contributions to Don’t Tread on Me, a blog that serves the expanding liberty movement in the US. And as an American citizen, he could become an example of what’s to come with the newly signed, and heavily debated, National Defense Authorization Act (NDAA).

Mr. Raub was most likely legally abducted under state statute. In the Commonwealth of Virginia, individuals may be interned for up to 30 days if deemed necessary by a public mental health official. However, coincidentally, the state is leading the country in fighting the NDAA that was drafted in-part by Senator McCain and signed into law on December 31, 2011 by President Obama. In April 2012, state legislators passed a law that forbids state agents from assisting the federal government in the suspension of due process against citizens of that state. The law went into effect on July 1, 2012 which means Chesterfield Police were in direct violation by aiding FBI and US Secret Service in Raub’s detainment and transport should this have been executed under the controversial law.

Both the Richmond bureau of the FBI and the US Secret Service claim that Raub was not arrested but rather simply detained for psychological examination. Chesterfield Police also claimed they did not make an arrest but were only aiding in the transport of Raub. This, however, is classic doublespeak as the very definition of arrest is to “seize a person by legal authority and take into custody,” which is exactly what occurred.

Additionally, Article I, Section 9 of the US Constitution has been clearly violated. Drafted well after the Magna Carta which initially enshrined the concept of Habeas Corpus, the section specifically safeguards against unlawful detention: “The Privilege of the Writ of Habeas Corpus shall not be suspended, unless when in Cases of Rebellion or Invasion the public Safety may require it.” The Latin phrase literally means “may you have the body” and implies that a person detained by the state must be formally charged within a very short period of time. In the United States, the government is given 24 hours to arraign an individual and makes no mention of lawfully detaining a person for merely the potential to commit a crime.

Those close to Raub have boycotted the corporate media throughout this encounter and consequentially are getting very little exposure among the masses. “We believe that the mainstream media is compromised,” writes Raub’s mother, Cathleen Thom. “Thank you to all the real media sources out there who daily place their very lives on the line to report uncompromising truth to the American people.”

The civil liberties organization, The Rutherford Institute, publically stands by Raub in a statement issued earlier today. “For government officials to not only arrest Brandon Raub for doing nothing more than exercising his First Amendment rights but to actually force him to undergo psychological evaluations and detain him against his will goes against every constitutional principle this country was founded upon.”

Several pages on the internet are springing up in support of the liberty activist such as I Am Brandon Raub which has received a several dozen Likes in the past 24 hours.

as he is unlawfully detained by federal agents.

Marine who served with Brandon Raub testifies to his sanity