MEDIA ROOTS- “In yet another sign of the times, 85% of college graduates surveyed have reported that they will be moving home after they get their degrees: Stubbornly high unemployment – nearly 15% for those ages 20–24 – has made finding a job nearly impossible. And without a job there’s nowhere for these young adults to go but back to their old bedrooms, curfews and chore charts. Meet the boomerangers.

“This recession has hit young adults particularly hard,” according to Rich Morin, senior editor at the Pew Research Center in DC. So hard that a whopping 85% of college seniors planned to move back home with their parents after graduation last May according to a poll by Twentysomething Inc., a marketing and research firm based in Philadelphia. That rate has steadily risen from 67% in 2006.” –Marc Slavo, Oct 17th 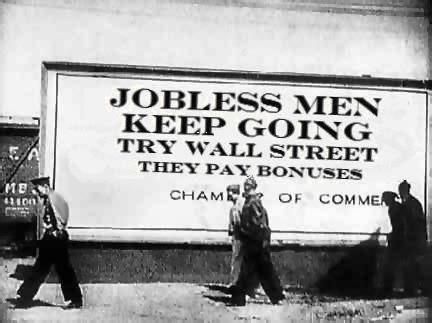 As a member of this generation, I feel confident in asserting that ten years ago, most college-bound teens were hoping for, if not expecting, some general circumstances by the benchmark age of thirty.

Most of us were nurtured in the belief that by obeying the law, staying in school and working hard, we would soon have our careers on track, make a decent living wage, be able to purchase a home and raise our families with a standard of living comparable to the middle class during the 1990s.

Instead, what we see today is 15% unemployment among 20-24 year-olds, and a substantial number of “underemployed”, working part-time jobs in retail or settling for far lower salaries than they were told to expect in their fields.

Young aspirants in the workforce have always had an uphill battle to fight, but no era in recent history has presented such a dark horizon. The Great Depression ended after a World War and accompanying industrial explosion; but in an America with most of its manufacturing jobs exported and factories closed, the greatest historical wealth machine has ground to a halt. This has left bartending, store-clerking and the like as some of the only options for many trying to find their place in the world.

The money isn’t coming in, it’s only going out, or circling the drain as it passes from one employee of a service “industry” to the next. If we add 150,000 jobs to the domestic economy every month until 2020 (double what we’ve been doing), we will only maintain the current unemployment rate, barring any further calamities. This is why things will undoubtedly get worse before they get better. However, there are socio-political repercussions to these ugly numbers that have begun to manifest themselves, and may crescendo in the near future.

History shows that large numbers of educated, unemployed youth living in troubled nations often become the catalyst for revolution. In a decade that has seen more than two-thirds of American college graduates move back in with their parents in the face of a credit crunch, bleak jobs market and housing crisis, many in this generation see their American Dream washed out to sea. According to the Bureau of Labor Statistics, 16% of bartenders have at least a Bachelor’s degree, as do nearly 25% of amusement and recreation attendants. Half a million college graduates are working in customer service, 300,000 more as waiters. Not all of these people will be content with mediocrity forever.

While the 25 year-old Marketing major may wince at the thought of moving back in with Mom, he’ll maintain his good humor as he heads off to another shift at the nightclub. At 35, the same man, now stocking shelves at Wal-Mart to feed his child, won’t likely be singing “Que Sera” with the same zest.  Some of the frustration building in America’s youth will manifest itself politically. Arguably the first result of this political manifestation was the election of President Barack Obama in 2008, when he took in 66% of the under 30 vote. What did Obama promise during his campaign? Honest diplomacy, an end to the foreign wars, money for education, a revitalized economy, and the vague slogans of “hope” and “change”. Of course he was able to enthrall the pie-in-the-sky left, but his campaign’s ability to mobilize the long politically apathetic, disillusioned youth around these more practical issues was astounding.

Fewer than two years into this administration’s reign, and the lapdog Congress that was ushered in along with it, people are hopping mad. Economically, there are no signs of real improvement. The wars have not ended. College has not become more affordable, and even if it had, there are no jobs to take up once the degree is earned. Discontent is back in a big way, and we see many young people involved again, running against incumbents, carrying Rand and Ron Paul to celebrity status, backing dissent from all sides. Abused, deceived and growing desperate, the American people are sick of both major parties, as they ought to be, and are abandoning one while attempting to foment a revolution in the other.

This is the time to appeal to that discontent, because it arises from valid grievances. The causes of the current malaise run deep. There can be no more pandering, and no more half-measures against our problems. Time is just about up to deal with our fiscal, economic and civil crises, and if most of the people don’t know it, they feel it. The well of discontent will not stay closed- we have a real chance to awaken people to the issues and put them into context. The political opportunists are well-versed in the art of hijacking grassroots movements and offering false solutions. We can’t let them do it to us this time. This is why I want to speak for the truth, for the Constitution that protects us from the usurpation of life, liberty and property, and for the rights of individuals to choose their own destinies.

There was little mention in Obama’s rhetoric about the importance of adherence to the Constitution, individual responsibility, or grassroots local government; but these are the real solutions, born of our free tradition, that connect with voters. The Constitution in Article I section 8 lays forth simple and direct war powers that have been abused and perverted over the decades in order to bring us war. Diplomacy, as envisioned by George Washington, left America without “entangling alliances” and left us free to follow our best interests. Education and health care are now made more expensive and are complicated by government control. Our economy might still be the juggernaut it was in 1949, when we help more gold in our treasury than any other nation on earth, had we not been betrayed by suicidal trade agreements, excessive taxation and regulation, and the hijinks of the unconstitutional Federal Reserve. There is a window of opportunity to set the scales equal again by empowering the people, not with false promises, identity politics or government programs, but with knowledge and the courage that grows with individual freedom and personal responsibility.

If the free-thinking patriots of this country can bring that message rationally and even-handedly to mainstream voters, without cheesy taglines and Soviet-style propaganda posters, the fight might yet be ours to win. If the swelling ranks of America’s unfulfilled young generations can be awakened, they will prove a potent political force for whatever cause stirs them. Realistic goals, honest dialogue and courageous defense of our liberties and economic power could bring them out for the good.

I am a junior enlisted man in the US Army and serve as an aviation mechanic. I have never been deployed. My unit is currently slated for an Afghanistan deployment in the not-too-distant future, but this is subject to change. I care about our country’s future because, well, we live there, and because our Constitutional government is/was the pinnacle of human achievement in the centuries-old struggle between freedom and tyranny. We’re losing it, and that would be a crime against all those who labored and died for it, and against the billions of our children who will live with the consequences if we fail.