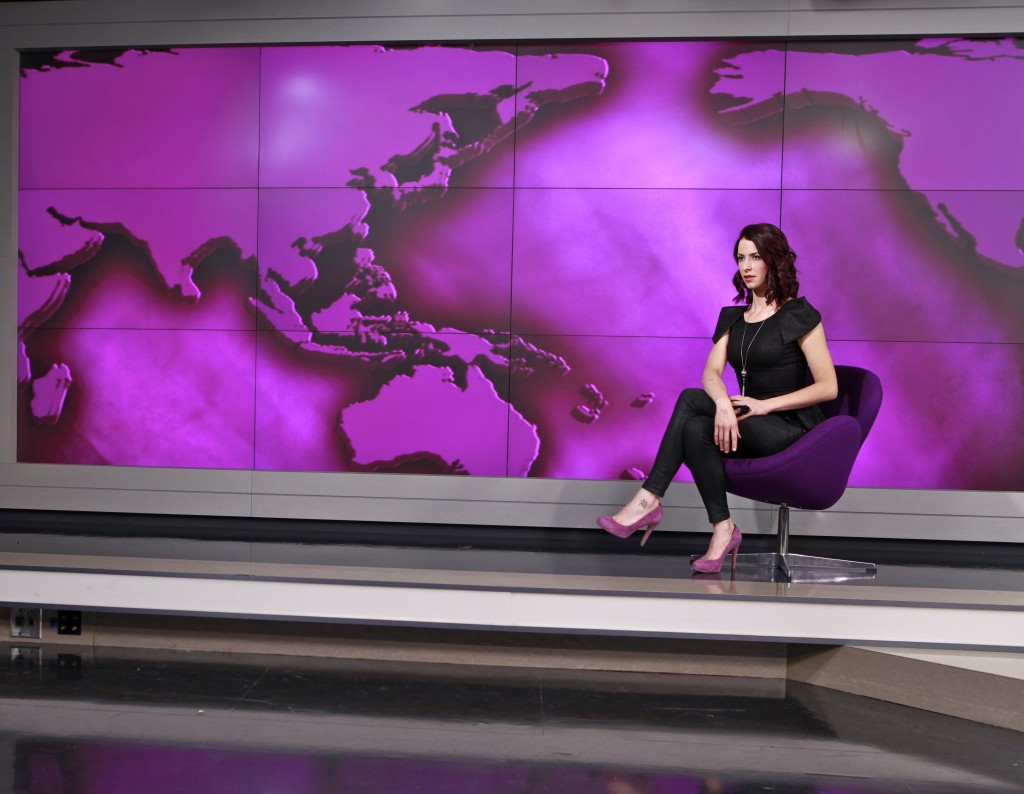 There are tons of amazing Breaking the Set segments I want to elaborate on, but producing a daily TV series leaves me with little time.

I also don’t expect viewers to watch all 300 episodes, and can only assume they’ve missed some BTS gems. To solve this dilemma, I’ve compiled my favorite clips from this season for your viewing pleasure.

In the digital age of instant communication and entertainment overload, I explore humanity’s dependence on technology, the toxic ideal of equating consumption to happiness, and the inner dilemma of attaining conscious simplicity.

By now, I’m sure you’ve heard of the bravest girl in the world, 16 year old Pakistani activist, Malala Yousafzai. Malala was paraded around the US media circuit to speak out against radical Islam and promote education in the wake of surviving a near-death Taliban assault. However, she also personally urged Obama to end US drone strikes in Pakistan during a visit at the White House – a plea completely ignored by the administration and establishment press.

Just one day after a frenzied media locked onto coverage of the woman executed by police after she slammed her car into a gate near the White House, John Constantino committed suicide by setting himself on fire in the middle of the National Mall in Washington DC. The difference between the two tragedies is that the corporate media made no more mention than a small blurb about the man. The omission of self-immolation coverage in the Western world, given the historical relevancy of the act, raises important questions.

How the Media Ignores Self-Immolations

The American people remain one of the most uninformed electorates in the industrialized world, due in large part to the fact that the mainstream media is controlled by only six giant corporate conglomerates that control nearly everything we see and hear: Viacom, Time Warner, Disney, News Corp, CBS and General Electric. I talk about putting the media back in the hands of the people by calling to unplug the MSM and join the ongoing March Against the Mainstream Media.

Remember, remember the fifth of November. If you’ve seen V for Vendetta or been to any street protest in recent years, you know how emblematic the Guy Fawkes mask is. This segment outlines the evolution of Guy Fawkes day, the mask as a symbol of resistance and the first ever Million Mask March led by the hacktivist collective Anonymous.

I’ve often criticized the arrogant notion of American Exceptionalism when it comes to politically justifying destructive policies at home and abroad. I flip the concept around to highlight the categories in which the US truly is exceptional, from obesity to war making, but lacking in important areas like literacy and environmental protection.

The most recent chemical weapons attack in Syria prompted the US political and media establishment to repeat the same talking points that they had in the run-up to the Iraq War, blindly supporting the notion that Syria’s chemical weapons needed to be removed by force. Thankfully, the Obama administration went the diplomatic route after immense pressure forced him to back down from a military strike. In this clip, I dissect the war propagandists and question the interests that were driving their call for war.

Speaking of Syria, Obama’s “red line” of chemical weapons as the justification to militarily intervene in other countries is extraordinarily hypocritical, considering how the US has one of the biggest chemical weapons arsenals and has used them against international law repeatedly in modern warfare. I outline the top four chemical weapons attacks perpetrated by the US and its allies that the establishment doesn’t want you to know about.

Four Chemical Weapons Attacks the US Wants You to Forget