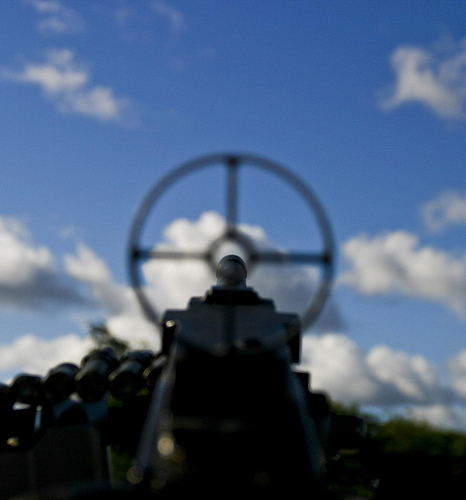 SALON– That Barack Obama has continued the essence of the Bush/Cheney Terrorism architecture was once a provocative proposition but is now so self-evident that few dispute it (watch here as arch-neoconservative David Frum — Richard Perle’s co-author for the supreme 2004 neocon treatise — waxes admiringly about Obama’s Terrorism and foreign policies in the Muslim world and specifically its “continuity” with Bush/Cheney). But one policy where Obama has gone further than Bush/Cheney in terms of unfettered executive authority and radical war powers is the attempt to target American citizens for assassination without a whiff of due process. As The New York Times put it last April:

That Obama was compiling a hit list of American citizens was first revealed in January of last year when The Washington Post’s Dana Priest mentioned in passing at the end of a long article that at least four American citizens had been approved for assassinations; several months later, the Obama administration anonymously confirmed to both the NYT and the Post that American-born, U.S. citizen Anwar al-Awlaki was one of the Americans on the hit list.

Yesterday, riding a wave of adulation and military-reverence, the Obama administration tried to end the life of this American citizen — never charged with, let alone convicted of, any crime — with a drone strike in Yemen, but missed and killed two other people instead:

A missile strike from an American military drone in a remote region of Yemen on Thursday was aimed at killing Anwar al-Awlaki, the radical American-born cleric believed to be hiding in the country, American officials said Friday.

The attack does not appear to have killed Mr. Awlaki, the officials said, but may have killed operatives of Al Qaeda’s affiliate in Yemen.

The other people killed “may have” been Al Qaeda operatives. Or they “may not have” been. Who cares? They’re mere collateral damage on the glorious road to ending the life of this American citizen without due process (and pointing out that the Fifth Amendment to the U.S. Constitution expressly guarantees that “no person shall be deprived of life without due process of law” — and provides no exception for war — is the sort of tedious legalism that shouldn’t interfere with the excitement of drone strikes).

There are certain civil liberties debates where, even though I hold strong opinions, I can at least understand the reasoning and impulses of those who disagree; the killing of bin Laden was one such instance. But the notion that the President has the power to order American citizens assassinated without an iota of due process — far from any battlefield, not during combat — is an idea so utterly foreign to me, so far beyond the bounds of what is reasonable, that it’s hard to convey in words or treat with civility.