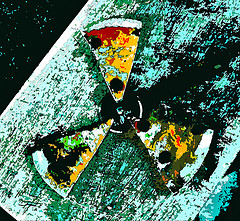 INSTITUTE FOR SOUTHERN STUDIES – The U.S. Environmental Protection Agency is considering dramatically increasing the allowable level of radioactive contamination in water, food and soil after radiological incidents such as spills or “dirty bomb” attacks.

The move preceded the nuclear disaster now unfolding in Japan in the wake of last month’s devastating earthquake and tsunami. Documents released today by the whistleblower group Public Employees for Environmental Responsibility show the plan has sparked concerns within EPA.

The agency’s Office of Radiation and Indoor Air (ORIA) has prepared an update of the 1992 “Protective Action Guides” for radiation exposure. Other EPA divisions have raised concerns about how much the new guidelines would raise allowable exposures.

As Charles Openchowski of EPA’s Office of General Counsel wrote in a January 2009 e-mail to ORIA:

“[T]his guidance would allow cleanup levels that exceed MCLs [Maximum Contamination Limits under the Safe Drinking Water Act] by a factor of 100, 1000, and in two instances 7 million and there is nothing to prevent those levels from being the final cleanup achieved (i.e., it’s not confined to immediate response of emergency phase).”

Other EPA officials have raised concerns that drinking water containing radioactive contamination at the proposed limits would result in acute health effects such as vomiting and fever. PEER obtained the internal EPA e-mails after filing a lawsuit last fall under the Freedom of Information Act. It is still waiting for the agency to turn over thousands more communications.

© Copyright 2011 by the Institute for Southern Studies