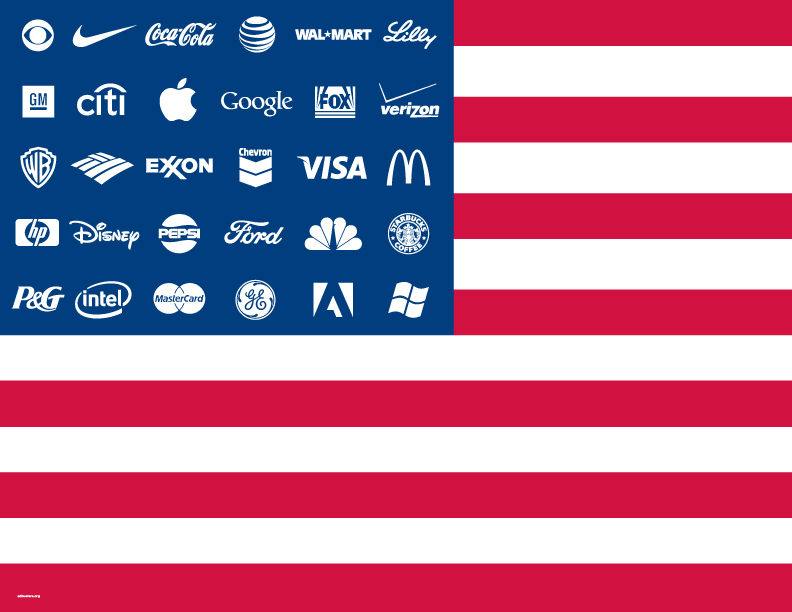 Ask a group of people what form of government the United States has and you’ll be met with varied replies. Some insist it’s a democracy, others maintain it’s a republic, democratic republic, or constitutional republic.

Technically, the US Government was founded as a constitutional republic where representatives are democratically elected. However, this definition only typifies the government at its inception. As history has shown in abundance, governments are dynamic—they rise, fall and transform with time. When this occurs gradually, it’s not always clear that a fundamental and often dangerous transition has taken place.

It’s not hard to see why this term is increasingly being applied to the US, where corporate lobbying is used to buy political leverage, and Congress acts as the fulcrum to carry out this advantage with legislation. The incomes of the super wealthy have grown exponentially in relation to that of the average citizen, and their ability to displace the average voice has grown in tandem.

The study alone doesn’t definitively prove corporate rule, and its authors admit their analytical test should be interpreted in a “tentative and preliminary” fashion. However, absence of “smoking-gun” proof does not suggest absence of oligarchic rule. The empirical data clearly shows that the US government has ceased to represent the people in favor of economic elites.

*The Affordable Care Act was written and implemented by Elizabeth Fowler, former Vice President of Public Policy and External Affairs at WellPoint, the nation’s largest health insurance provider. No surprise, the legislation mandated that everyone purchase private health insurance, inking into law a huge advantage for the industry. One more trip through the revolving door returned her to the pharmaceutical industry to reap the rewards.

*State initiatives for mandatory labeling of GMO foods have been repeatedly stamped out by the propaganda boot of the Grocery Manufacturers of America (GMA) lobbying group, headed by Monsanto and DuPont, despite 91% of public support for GMO labeling (see Initiative 522 in Washington, Prop 37 in California). In May, Vermont passed a GMO labeling bill, only to be immediately sued by the GMA in an attempt to block the law from being implemented. If this wasn’t enough, these giants, plus Koch Industries, are now attempting to preempt the chaos of people knowing what they’re eating with federal legislation to supersede state labeling laws.

*The government bailout of “too big to fail” banks after the housing collapse transferred massive wealth from the taxpayers to the banks, with no disclosure of where the money was going and no arrests for anyone involved in the lead-up to the crisis. In fact, the US Treasury approved executive bonuses for bailed-out bank CEOs, while millions of Americans foreclosed on their homes.

*Bills overtly written by corporate lobbyists constitute a staggering proportion of legislation passed, as exemplified by an analysis of California’s 2007-2008 legislative period. Furthermore, lobbyists are de-registering from the system, limiting the ability to keep track of the extent of corporate influence.

Recently, Senator Bernie Sanders confronted Federal Reserve chairwoman Janet Yellen with statistics suggesting the US had shifted from a capitalist democracy (another misnomer) to an oligarchic form of government. Yellen replied that the statistics shared by the Senator greatly concern her. However, in a deluge of irony, her solution was that these concerns should be brought to the policymakers; the same policymakers seated at the crux of this problem. Because if Congress won’t listen, try asking Congress.

Face it—we live in a corporatocracy.

Consistently low approvals of Congress and the popularity of the Occupy Wall Street movement suggest the average person grasps the nature of the problem, but the magnitude of the corruption hasn’t yet seeped into the public consciousness. Only six corporations control 90% of what Americans see, hear and read, which adds to the disconnect between what the government is doing and what people perceive it as doing on their behalf. Many prefer to see each act of corruption as an isolated incident, rather than a series of interrelated and escalating incidents reflecting a severe systemic deficiency. This cognitive dissonance must be addressed head-on if we ever want to pry ourselves from the government’s corporate clutches.

Written by Marc Frey for Media Roots, Photo by Adbusters