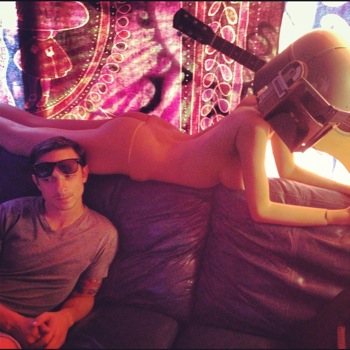 MEDIA ROOTS – Recently, I had the honor of going on the Joe Rogan Experience, a popular podcast hosted by comedian and TV show host, Joe Rogan. Although I was a little nervous before going on the show, I was eased by the dope art decorating the studio–especially the naked mannequins sporting Boba Fet heads.

Congressional candidate and activist, David Seaman, along with his campaign manager, Dell Cameron, joined me for a three hour conversation with Redban and Joe Rogan about everything from US politics to space exploration, including discussion about the NDAA, media activism, drone wars, the two-party system and Prometheus.

If you know me in real life you know I swear like a sailor, so don’t be alarmed at the language used during the broadcast.