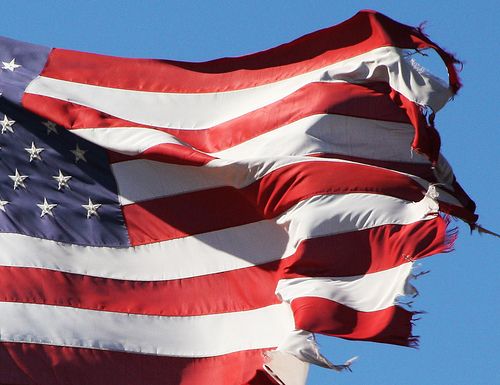 The top ten recipients of U.S. foreign assistance this year all practice torture and are responsible for major human rights abuses, according to Amnesty International, Human Rights Watch and other leading human rights organisations.

Financial support for these regimes could stand in violation of existing U.S. law, which requires that little or no aid be provided to a country which “engages in a consistent pattern of gross violations of internationally recognized human rights, including torture.”

A report released by the Congressional Research Service lists the following countries as the largest beneficiaries of U.S. government-provided aid planned for 2014:

All ten of these countries have been accused of torturing people in the last year, and at least half of them are reported to be doing so on a massive scale.

According to the UN, torture in Afghanistan’s prisons continues to be widespread, with over half of the 635 detainees who were interviewed claiming to have been abused. According to Amnesty International, torture is also widespread in Uganda and remains common practice in Iraq.

In Kenya, Human Rights Watch claims that “police in Nairobi tortured, raped and otherwise abused and arbitrarily detained at least 1,000 refugees between mid-November 2012 and late January 2013.” Tanzanians “at most risk of HIV” also face “widespread police abuse” – including torture – and are “regularly raped, assaulted and arrested.”

The worst abuses in detention, however, are alleged to be happening Nigeria, where in addition to the widespread use of torture, nearly a thousand people died in military custody in the first six months of 2013. A senior officer in the Nigerian army, speaking on condition of anonymity, claimed that “about five people, on average, are killed nearly on a daily basis.”

According to the Associated Press, “if the number is accurate, Nigeria’s military has killed more civilians than the (Boko Haram) militants did” in the same six month period.

The abysmal human rights situation in Egypt, whose government still receives half a billion dollars in foreign aid annually from the United States, is also a pressing concern.

According to Tayab Ali of ITN solicitors in London, “the evidence suggests that Egypt’s military regime has carried out crimes against humanity on a horrendous scale, including murder, persecution, torture and enforced disappearances.” At least 1,300 protesters have been massacred and anywhere between 3,500 and 21,317 Muslim Brotherhood supporters arrested since the elected government of Mohammed Morsi was overthrown in a coup d’etat last July.

Although the crackdown shows no signs of letting up, with dozens more killed on the anniversary of the Egyptian uprising in January, the United States is on course to increase its support for the military regime after Congress passed a bill which will allow the US to restore the full $1.5bn in foreign assistance.

Israel, the top recipient of U.S. military aid, has also been accused of committing major human rights abuses over the last year, including the torture of Palestinian children. A recent report by the Public Committee against Torture in Israel described how detained children suspected of minor crimes have been sexually assaulted by Israeli security forces and kept outdoor in cages during the winter.

It found that “74 per cent of Palestinian child detainees experience physical violence during arrest, transfer or interrogation.”

Likewise, in Jordan and Pakistan, torture is practiced with near-total impunity. Pakistani authorities have carried out particularly egregious human rights abuses in the province of Balochistan, where 160 people have been extra-judicially killed and 510 “disappeared” over the last year. According to reports from the country’s most widely read English-language newspaper, at least 592 mutilated dead bodies have been found since January 2010.

The United States, however, has kept silent on the mounting evidence of atrocities and continues to provide over a billion dollars in foreign assistance annually, making it Pakistan’s largest donor of development and military aid.

A number of other recipients of U.S. foreign assistance are also alleged to systematically practice torture. In Bahrain, Amnesty International reports that “children are being routinely detained, ill-treated and tortured,” while in Mexico and Ethiopia, torture is described as widespread.

Controversially, the Obama administration has also recently restored military aid to Uzbekistan, where the UN claim torture is practiced in its “worst forms.” In one particularly horrifying case, a man was actually boiled to death in an Uzbek prison for allegedly being a member of an Islamist group.

In spite of this, the United States remains a signatory of the United Nations Convention against Torture, which it ratified in 1994. However, the fact that the top ten recipients of U.S. foreign assistance all practice torture raises serious questions about the Obama administration’s stance on human rights.

If the United States wants to be taken seriously on these issues, a serious re-evaluation of its foreign assistance programme is needed. At a minimum, the Obama administration should respect existing U.S. law by placing conditions, such as an end to the practice of torture, on the provision of military aid to foreign governments, which will hopefully then push those governments towards reform and a greater respect for human rights.

This article has been republished from Left Foot Forward.