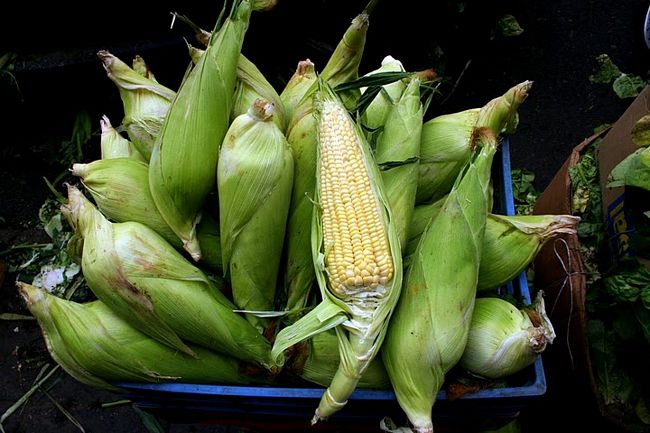 The study, performed by French researchers from the independent CRIIGEN (Committee for Independent Research and Genetic Engineering), based at the University of Caen reports that rats fed the maize for three months showed signs of liver and kidney toxicity, as well as differences in weight gain between the sexes.

“Our counter-evaluation show that there are signs of toxicity and that nobody can say scientifically and seriously that consumption of the transgenic maize MON863 is safe and good for health,” lead author of the study, Professor Gilles Eric Séralini told France’s TF1 television station.

MON863 is a transgenic maize genetically modified to express the Bt-toxin (Cry3Bb1) which enables the plant to be insect repellent against the corn rootworm pest. It is different from other GM corns of the market since these express the Cry1Ab toxin which is toxic to the European corn borer.

The study, published on-line in the peer-review journal Archives of Environmental Contamination and Toxicology, fed young adult Sprague-Dawley-derived rats (aged six weeks at the start of the experiment) diets containing 11 or 30 per cent MON863, or diets containing non-GM corn for 90 days.

At the end of the study, Séralini and his team found signs of toxicity in the liver and kidneys of rats fed the MON863 maize, as well as changes to weight between the sexes. Indeed, male rats were found to have lost, on average, 3.3 per cent of their body weight, while females gained 3.7 per cent.

Triglyceride levels also increased by between 24 and 40 per cent in females, phosphorous and sodium excretion decreased in males.

“We have the first signs of toxicity that appear at the level of body weight, the kidneys, and the liver, and that are also different between the sexes indicating deeper effects at the hormone level,” said Séralini.

The researchers raised concerns over the methods used by Monsanto to initially show the safety and non-toxicity of the corn, saying that the statistical methods used were insufficient to observed any possible disruptions in biochemistry.

The mechanism behind the apparent toxicity is not known, but there is some evidence that the Bt-toxin may perforate blood cells, they said.

“Considering that the human and animal populations could be exposed at comparable levels to this kind of food or feed that has been authorised by several countries, and that these are the best mammalian toxicity tests available, we strongly recommend a new assessment and longer exposure of mammals to these diets, with cautious clinical observations, before concluding that MON863 is safe to eat,” concluded the researchers.

Environmental group Greenpeace has demanded an immediate and complete recall of MON863 from the global market, and also called on an urgent reassessment of all other authorised GM foods by governments.

“It is the first time that independent research, published in a peer-review journal, proves that a GMO authorised for human consumption presents signs of toxicity,” said Arnaud Apoteker from Greenpeace France.

“We must review urgently the authorisation of MON863, even more so because we do not know is this maize is present in the French market and if it is used for animal feed or for producing foods destined for humans.”

Monsanto France has rejected the concerns. Yann Fichet, Monsanto France’s director of external relations told TF1: “[MON863] has already been examined by competent authorities and scientific experts in more than 10 countries worldwide, including the European Union and France, and all the experts concluded unanimously that the maize in question is as safe as traditional maize.”

The corn is authorised in Australia, Canada, China, the EU, Japan, Mexico, the Philippines and the USA.