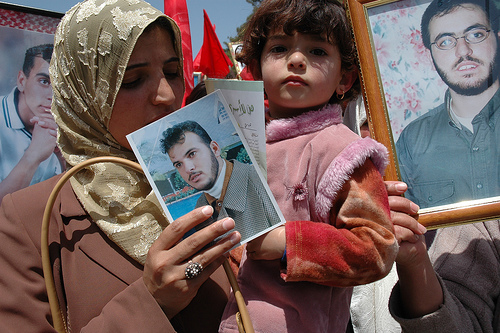 PROJECT CENSORED– Israeli and international corporations are directly involved in the occupation of Palestine. Along with various political, religious and national interests, the Israeli occupation of the West Bank, Gaza, and the Golan Heights is fueled by corporate interests.

These occupying companies and corporations lead real estate deals, develop the Israeli colonies and infrastructure, and contribute to the construction and operation of an ethnic separation system, including checkpoints, walls and roads. They also design and supply equipment and tools used in the control and repression of the civilian population under occupation.

An extensive, on-going grassroots investigation, which exposes hundreds of international companies and corporations involved in the occupation, is being conducted and posted online at http://www.whoprofits.org by the Israeli group Coalition of Women for Peace.

The project currently focuses on three main areas of corporate involvement in the occupation: the settlement industry, economic exploitation, and control of the population. At this stage they are not investigating the vast industry of military production and arms trade (see story # 9).

The ongoing business of construction in the occupied territories of the West Bank and Golan Heights includes housing developments as well as extensive infrastructure projects such as roads and water systems for the exclusive use of Israeli settlers, on lands confiscated from Palestinians. The construction industry includes real estate dealers, contractors, planners, suppliers of materials, as well as security, surveillance, and maintenance services.

While the US government has on numerous occasions affirmed the illegality of Israeli settlements on Palestinian land, it encourages American support by providing tax deductions for donations to these settlements, which have nearly doubled within a year and are rapidly accelerating. An audit conducted by Reuters of American tax records found that thirteen tax exempt groups linked explicitly to settlements managed to collect more than $35 million in the past five years alone.  Secretary of State Condoleeza Rice defended the tax incentives as “humanitarian,” and rejected any comparison to Palestinian charities facing US sanctions for suspected links with Islamic parties, such as Hamas.

Israeli industrial zones within the occupied territories hold hundreds of companies, ranging from small businesses serving the local Israeli settlers to large factories that export their products worldwide. Settlement production benefits from low rents, special tax incentives, lax enforcement of environmental and labor protection laws, and other governmental supports. Palestinians employed in these industrial zones work under severe restrictions on movement, on organization, and with almost no government protections. These “advantages” often result in the exploitation of Palestinian labor, Palestinian natural resources, and the Palestinian consumer market.

All Palestinian imports and exports are controlled, restricting competition with Israeli producers, and making Palestinian consumers a captive market for Israeli goods. Restrictions are imposed on the development of Palestinian businesses, and all utilities and basic services are routed through Israeli firms.

Eighteen months ago, outraged when the Palestinians of Gaza voted for the leadership of Hamas in democratic elections, Israel imposed a total lockdown on the entire population of Gaza. The Palestinians, determined to continue to resist occupation, found a way to circumvent total starvation. Author Sara Flounders notes, “The Israeli blockade led to a new economic structure, an underground economy. The besieged Palestinians have dug more than 1,000 tunnels under the totally sealed border. Many thousands of Palestinians are now employed in digging, smuggling or transporting, and reselling essential goods.” Smuggling constitutes approximately 90 percent of economic activity in Gaza, according to Gazan economist Omar Shaban.

The tunnels connect the Egyptian town of Rafah with the Palestinian refugee camp of the same name inside Gaza. They have become a fantastic, life-sustaining network of corridors dug through sandy soil. Tunnels are typically three-tenths of a mile long, approximately forty-five to fifty feet deep. They cost from $50,000 to $90,000 and require several months of intense labor to dig.

Food is towed through on plastic sleighs. Livestock are herded through larger tunnels. Flour, milk, cheese, cigarettes, cooking oil, toothpaste, small generators, computers, and kerosene heaters come through the tunnels. Every day 300 to 400 gas canisters for cooking come through the lines. On the Egyptian side, the trade sustains the ruptured economy, while corrupt or sympathetic guards and officers look the other way.

The Israeli siege of Gaza, followed by twenty-three days of systematic bombing and invasion, has created massive destruction and scarcity. Food processing plants, chicken farms, grain warehouses, UN food stocks, almost all of the remaining infrastructure, and 230 small factories were destroyed. At the time of this printing, hundreds of trucks packed with essential supplies from international and humanitarian agencies sit outside the strip, refused entry to Gaza by Israeli guards.

As soon as the Israeli bombing ended, work on the tunnels resumed.

However, Ann Wright, retired US Army colonel, former State Department official, and current peace activists, asks, “How do you rebuild 5,000 homes, businesses and government buildings when the only way supplies come into the prison called Gaza is through tunnels?  Will the steel I-beams for roofs bend 90 degrees to go through the tunnels from Egypt?  Will the tons of cement, lumber, roofing materials, nails, drywall, and paint be hauled by hand, load after load, seventy feet underground, through a tunnel 500 to 900 feet long, and then pulled up a seventy-foot hole and put into waiting truck in Gaza?”

For the people of Gaza, rebuilding their homes, businesses, and factories is on hold.  Over 5,000 homes and apartment buildings were destroyed and hundreds of government buildings, including the Parliament building, were smashed. Two cement factories in northern Gaza were completely destroyed by Israeli bombs.

Building supplies, cement, wood, nails, glass will have to be brought in from outside Gaza. Israel controls 90 percent of the land borders to Gaza, including the northern and eastern borders and 100 percent of the ocean on the west side of Gaza.  Egypt controls the southern border with Gaza.

Wright concludes, “The Israelis who bombed Gaza will be the primary financial beneficiaries of the rebuilding of Gaza. They bombed it and now will sell construction materials to rebuild what they have bombed, exactly like the United States has done in Iraq.”

Update by Sara Flounders
Much has been written about the suffering of the Palestinians, and most of it is true. What gives the history of Palestine its special potency is not the suffering, however, but the indomitable will of the people to continue fighting, even when it seems impossible. This part of the story—suffering and determination—has continued in the six months since the massive Israeli bombing of Gaza ended last January.
The Israeli invasion laid waste to much of the Gaza’s fragile infrastructure. The siege of Gaza continues, reducing the entire strip to a prison economy with all the desperation that implies. Every effort is being made to increase the isolation. The Israelis have forbidden the entry of even the most basic building materials that are essential to reconstruct the thousands of homes that Israeli bombs destroyed during the December/January assault on Gaza’s population.

Tens of millions of dollars of medical, food, clothing and other everyday aid has been collected from people from all around the world to send to the 1.5 million Palestinians living in Gaza, the largest open-air prison of the world. The great bulk of this aid is stalled at the border crossing points, prevented by the Israeli occupation authorities from entering.

My article, “The Tunnels of Gaza,” written last February, was about the 1,000 tunnels that the Palestinians courageously dug and maintained to bring material in from Egypt. These tunnels built during the months of siege and reopened after the invasion continue to be an important lifeline for Gaza’s population and a symbol of continued resistance. Now, they have even become a source of desperately needed building materials.

Some Gazans have turned to making dried mud bricks, a homebuilding material from an ancient age, to rebuild their bombed homes. And the best mud comes from the tunnels themselves, as an article in Bloomberg on June 3 pointed out. Again, a source of possible despair has become a story to inspire confidence in ultimate victory.

But it is important that the rest of the world refuse to allow the systematic isolation and total destruction of Gaza. One way to do this is to join in the work of Viva Palestina, one of several Gaza Solidarity Campaigns determined to bring in a small portion of supplies needed by the Gazans, and what is perhaps even more important, to keep world attention upon the continuing Israeli siege.

An MP in Britain, George Galloway, organized the first Viva Palestina caravan that took off from London and in twenty-three days crossed North Africa to deliver to Gaza 107 vehicles—including ambulances and a fire engine—255 people, and $2 million of aid last March. Now Galloway and Vietnam anti-war veteran Ron Kovic are organizing a similar caravan starting from the United States that aims to bring 500 vehicles and $10 million in aid—and to impact US political policy toward Palestine and Gaza (see vivapalestina-us.org).

The International Action Center is helping the Viva Palestina effort, and hopes that more and more people and organizations from all over the world will join to help lift the siege of Gaza and show solidarity with the Palestinian people, who once again are showing that they won’t give up.