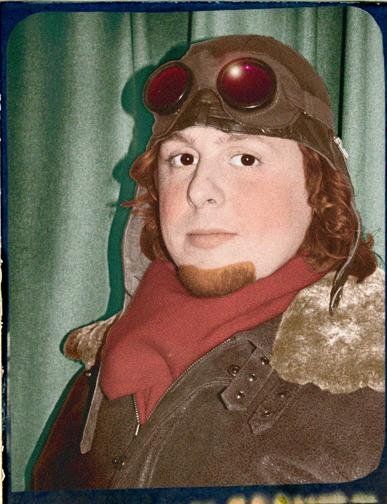 MEDIA ROOTS- As the world of art becomes increasingly homogenized, it is growing harder to come across original art that has societal and political significance. With the exception of Banksy and a few others, rarely do you see a prominent artist putting themselves out there to make a bold statement or provoke controversial thought. Like every other commodity in this corporatist system, popular modern art has become an over-produced, unoriginal, profit driven industry.

In times of perpetual wars and endless threats, dissenting propaganda artists have always been a crucial element of communication, organization and reflection. For our generation- there is Nathan Janes (AKA Red Baron), a propaganda artist and political activist who refuses to sell out to the system.

Janes is the mind behind PUPAGANDA, a pop art website countering the societal saturation of ‘meaningless advertising art’ by providing more inspiring, thought provoking work.  According to Janes, “It’s time people quit living a life of constant entertainment and start engaging in critical thought while questioning the barrage of commercial images and propaganda that they are faced with each day.”

His motivation is to open minds by depicting the machinery the global elite use to advance their own agenda.  And he does it with a man’s best friend – Janes uses the comforting imagery of dogs because they serve as an artistic tool for individuals to explore contentious topics.

Janes’s art has been featured in multiple prominent publications and he has been commissioned to do paintings by celebrities like Caprice Bourret and Pete Wentz of the band Fall Out Boy. Media Roots recently sat down with Nathan Janes for an exclusive interview about his artistic and political endeavors.

MR: What was your political awakening? Why did you start making political art?

NJ: My political awakening happened about three years ago. My journey began when my musician friend Photon Man gave me a copy of Terrorstorm by Alex Jones. It wasn’t long before I transformed my art from “Pop ARF” to “PUPAGANDA.” My previous “Pop ARF” artwork focused on the heartwarming appeal of dogs; I promoted the message of the prevention of cruelty towards animals but many of my paintings were just aesthetically pleasing without any particular message. While I still have compassion for dogs, my focus today is to awaken the general public to the ways in which we have been trained to follow our masters much like dogs.

Since I have begun to create more powerful and thought provoking paintings, interest from art publications and other media that once promoted my work has ceased. Today’s artists found in the mainstream media and major galleries, create work lacking careful analysis of society. Artists that make strong statements about the Establishment and the ways in which we are being controlled and managed may never be promoted widely because we are a threat to the status quo.

MR: Why do you paint dogs and how does that fit into the messages you relay?

NJ: Dogs are the perfect subject to communicate my message because people still have empathy and compassion for dogs. We have been exposed to dehumanization through a constant flow of images on television, in movies, and in print depicting so much violence against our own kind that people no longer have compassion for one another. When something tragic happens to another human being, we are unable to react but if a dog is abused in anyway there is a sudden swell of compassion. There are also many parallels between the ways that dogs are trained and how we are conditioned by culture, which make for powerful paintings.

MR: What mediums do you usually work with?

NJ: I work in acrylics and usually paint on stretched canvas.

MR: Did you have any art school training or does painting come naturally for you?

NJ: I am a graduate of the Columbus College of Art and Design in Columbus, Ohio. My work today is a representation of my hard work and incredibly intensive practice.  I began training to be an artist as a freshman in High School. I am not talented or gifted; I have just applied myself and developed my skills and technique over many years.

MR: You just launched an international campaign that sparked attention worldwide, including a plug from Adbusters. What is Unplug the Signal, and why should people get involved?

NJ: Unplug the Signal is a campaign to turn off televisions.  I designed the campaign to create awareness of the gross manipulation of reality that is broadcast by the six major corporations controlling the content of television. With the average American adult watching more than 4 hours of television each day, the television plays a major role in continually creating the perceived reality in which we live.  The television has been used as a weapon of mass deception for the last half a century; it manages society and culture through such techniques as perception management, behavior placement, predictive programming and crisis creation.

People should get involved with this campaign because the television remains our greatest threat to individual sovereignty and the largest obstacle to becoming a truly informed individual. In order for individuals to see the real locus of control and look beyond such things as the false left/right paradigm, they will first need to be able to get beyond the paradigm conditioned by the television. In order for people to wake up, this information needs to be shared between families, friends, and neighbors. The campaign has just begun and already the message is spreading. I am very happy with the feedback it has been receiving.

MR: What are your three favorite pieces and what do they represent?

NJ: My three favorite pieces would be those that focus on the engineering and control of society through television:

This painting represents how totally absorbed someone who regularly watches television can become, where they see everything within their lives relating somehow to television. It depicts a life where anything outside TV is rejected and all thoughts and discussions are just recycled conversations from TV and slogans from those sold to us as authorities and experts.

This piece depicts the hypnotic affect of television as those who watch become a subject of mind-control. Too often the brain is switched to standby and all information is collected and accepted as truth without any questioning.  When viewing television, we do not consciously rationalize the information resonating within our unconscious depths; the hypnotic affect makes us highly suggestible.

“Unplug the Signal” represents the constant flow of information that is transmitted by the television 24 hours a day. It is this signal which places the viewers all on the same page and makes them highly predictable. Plato’s Cave serves as an allegory for this phenomenon. In Plato’s cave, people view the shadows on the wall and interpret these shadows as reality. When one of them finds a way out of the cave and returns to tell the others what is outside, he and his message are rejected. When individuals are so thoroughly engrossed by the message of television, they will reject any information outside of the paradigm it presents while attacking and ridiculing the messenger.

MR: What is in store for Nathan Janes?

NJ: I am currently working on a painting of the President’s dog. This painting is a critical assessment I created in response to the threats to our liberties as sovereign citizens of this Republic. As for what’s in store, I will be working on a painting on Tiananmen Square, Chemtrails, implantable microchips and other projects that will spread the message of the Unplug the Signal Campaign including poetry, song writing, and the development of an literary allegory.

Find out more about Nathan “Red Baron” Janes at PUPAGANDA, or follow his work on Facebook and YouTube. Get involved in his Unplug the Signal campaign at UnplugtheSignal.com