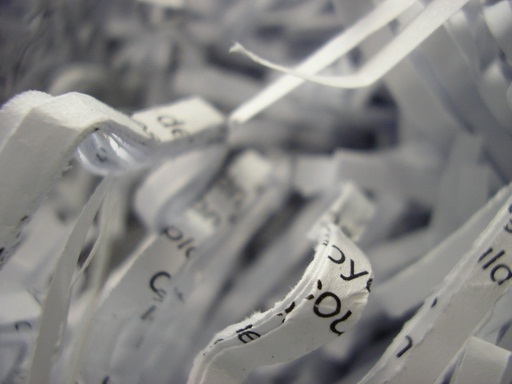 Obama’s election marked a new dawn for hundreds of millions of people, who were looking to an eloquent, constitutional lawyer for “Hope” and “Change” in America. However, it quickly became apparent that Obama had little substance beyond the slogans branded by his campaign.

With a little more than a year left in his presidency, his milquetoast legacy has been embodied by his greatest skill: wordcraft. Obama’s team has continued, if not exacerbated, most Bush era policies, simply rebranding them in order to appease and confuse the public into compliance.

One of the first things his administration did was declare an end to the “War on Terror” that the Bush sociopaths launched worldwide. Turns out, all they wanted to do was stop calling it a “War on Terror,” making clear that any further military involvement abroad would simply be called “Overseas Contingency Operations.”

Six years later, and the Nobel Peace Prize winning president has bombing campaigns in seven different countries under his belt. And the casualties of the empire’s plunders? Collateral damage.

There are also new terms for war. When US and NATO bombed the hell out of Libya resulting in the failed state we see today, it wasn’t a war. No, it was merely a “Kinetic Military Action,” according to government officials.

Torture is now “enhanced interrogation techniques”, and the act of kidnapping and exporting torture is simply called “extraordinary rendition”.

Whenever the administration sends predator drones to bomb people around the world, they’re just “surgical strikes” targeting “militants”. However, simply being military aged male constitutes someone as a militant, and according to the Bureau of Investigative Journalism, less than four percent of drone victims in Pakistan are officially listed as al Qaeda.

When Obama’s cabinet dropped the term “enemy combatant”, it was a purely symbolic move to distance itself away from the Bush Guantanamo era. Unfortunately, over 140 men still remain rotting away in the notorious prison despite what they’re now called on paper. And when these prisoners go on a hunger strike, it’s now called a “long term non-religious fast”.

As journalist Glenn Greenwald reminds us, altering the names of policies doesn’t change the fact that they’re still happening:

“The Obama administration…makes only the most cosmetic and inconsequential changes – designed to generate headlines misleadingly depicting a significant reversal – while, in fact, retaining the crux of Bush’s extremist detention theory.”

Propaganda was propelled with the advent of PR genius Edward Bernays and later Nazi mastermind Joseph Goebbels, whose powerful techniques have been perfected and employed for decades by governments worldwide. Disturbing Newspeak phrases that absolve their pillaging and mass murder have permeated society and warped our interpretation of reality.

The term “Mowing the Lawn” is what governments say to allude to the literal mowing down of civilians. Shockingly, the callous term has been used not only by Israeli military commanders in reference to the recent bloodbath of Palestinians, but it’s also been used by Obama’s counter-terrorism adviser Bruce Riedel who said this about drone strikes:

“You’ve got to mow the lawn all the time. The minute you stop mowing, the grass is going to grow back.”

If you think that’s bad, officials also use the cute phrase “Shake ‘n Bake” to refer to using banned white phosphorus before blowing up people with high grade explosives. Administrators also think so lowly of the people they’re killing with flying robots that they brutishly call them “bug splats”.

Beyond war, in today’s cut throat capitalist world overrun by neoliberal doctrine, there’s a language of dehumanization employed towards everything, spoken among the elite class and policy heads in order to keep things running efficiently.

As the Guardian points out, the term “cleansing the stock” is actually used to describe excess human beings by parliamentarians. After all, you can’t afford to actually feel emotion, empathy or sorrow for the paupers at the bottom of the totem pole.

Unsurprisingly, when it comes to the natural world, the language is even more crude.

According to journalist George Monbiot,

“Nature is “natural capital”. Ecological processes are ecosystem services, because their only purpose is to serve us. Hills, forests and rivers are described in government reports as green infrastructure. Wildlife and habitats are asset classes in an ecosystems market. Fish populations are invariably described as stocks, as if they exist only as moveable assets from which wealth can be extracted – like disabled recipients of social security.”

All of these devaluing terms have seeped into mainstream consciousness, dutifully repeated by media figures and then, by us.

Words hold tremendous power, and if we don’t reclaim our language and start seeing people instead of “militants”, drone victims instead of “bug splats”, or natural splendor instead of “green infrastructure”, then the voiceless are destined to be silenced forever.

5 thoughts on “How Words Absolve Pillaging and Mass Murder”