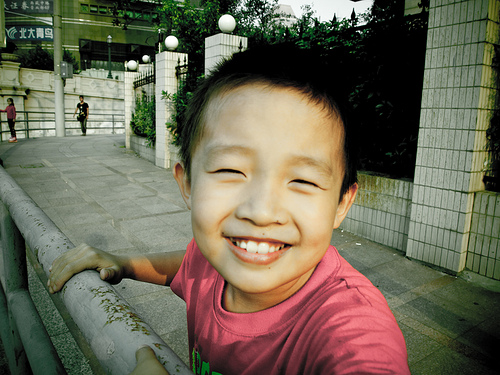 TIMES ONLINE– Doctors in southern China are working around the clock to fulfil a government goal to sterilise — by force if necessary — almost 10,000 men and women who have violated birth control policies. Family planning authorities are so determined to stop couples from producing more children than the regulations allow that they are detaining the relatives of those who resist.

About 1,300 people are being held in cramped conditions in towns across Puning county, in Guangdong Province, as officials try to put pressure on couples who have illegal children to come forward for sterilisation. The 20-day campaign, which was launched on April 7, aims to complete 9,559 sterilisations in Puning, which, with a population of 2.24 million, is the most populous county in the province.

A doctor in Daba village said that his team was working flat out, beginning sterilisations every day at 8am and working straight through until 4am the following day. Zhang Lizhao, 38, the father of two sons, aged 6 and 4, said that he rushed home late last night from buying loquats for his wholesale fruit business to undergo sterilisation after his elder brother was detained. His wife had already returned so that the brother would be freed.

Mr Zhang said: “This morning my wife called me and said they were forcing her to be sterilised today. She pleaded with the clinic to wait because she has her period. But they would not wait a single day. I called and begged them but they said no. So I have rushed back. I am satisfied because I have two sons.”

Thousands of others have refused to submit and officials are continuing to detain relatives, including elderly parents, to force them to submit to surgery. Those in detention are required to listen to lectures on the rules limiting the size of families.

On April 10 The Southern Countryside Daily reported on about 100 people, mostly elderly, packed into a damp 200sq m (2,150sq ft) room at a township family planning centre. The newspaper said: “There were some mats on the floor but the room was too small for all people to lie down and sleep, so the young ones had to stand or squat. Owing to the lack of quilts, many cuddled up to fight the cold.”

Among those being held was the 68-year-old father of Huang Ruifeng, who has three daughters. Mr Huang said: “Several days ago a village official called me and asked me or my wife to return for the surgery. Otherwise they would take away my father.” He said that he was too busy to go and did not have confidence in village medical techniques. In any case, he wanted his wife to give birth to a son first.

An official at the Puning Population and Family Planning Bureau, who declined to be identified, told The Global Times: “It’s not uncommon for family planning authorities to adopt some tough tactics.”

In Puning county couples with illegal children and their relatives who apply for permits to build a house are rejected. Illegal children are refused residency registration, a penalty that denies them access to healthcare and education. Authorities have discovered, however, that those methods have less success than rounding up relatives. One official said that an investigation would be launched to establish whether authorities in Puning had exceeded their remit.

A state-level regulation stipulates that couples who violate the family planning policy must not be punished without proper authorisation and family members may not be penalised to put pressure on couples. In the years after China launched its strict “one couple, one child” family planning policy in the late 1970s abuses such as forced late-term abortions, sterilisations and even the killing of newborn babies were widely reported. Such practices have diminished in recent years, as the policy has become more widely accepted and exceptions have been introduced.

Officials in Puning are under particular pressure, however: they risk failing in their bid for promotion to a second-tier county if they cannot meet all quotas. That includes keeping the number of births within government limits. The county is under criticism from Guangdong authorities, who want to slow a population growth that is reflecting badly on the entire province. One reason for Puning’s large population is that families in the mainly rural region often have up to three or four children.

Many of those with extra children have left to find factory jobs along the more developed coast, taking advantage of being away from local government surveillance to give birth outside the quotas. Rules in Puning, as throughout rural China, allow farmers to have a second child if the first is a daughter. After that couples must stop. By the morning of April 12 Puning officials said that they had achieved, in a mere five days, about half of their sterilisation goal after their “education” persuaded people to comply.

• China is the world’s most populous country with about 1.3 billion people. By 2025 the population is expected to exceed 1.4 billion

• The single-child policy, referred to by the Chinese Government as the family planning policy, was introduced in 1978 to ensure that China could feed all of its people

• The policy stipulates that couples living in cities can have one child, unless one or both are from an ethnic minority or they are both only children. In most rural areas a couple may have a second child after a break of several years

• Despite the policy, it is common to find couples in the countryside, where 80 per cent of the population live, with a large number of children

• Many couples get round the law by sending pregnant women to stay with relatives, then claiming that the baby was adopted or belongs to a friend or relative