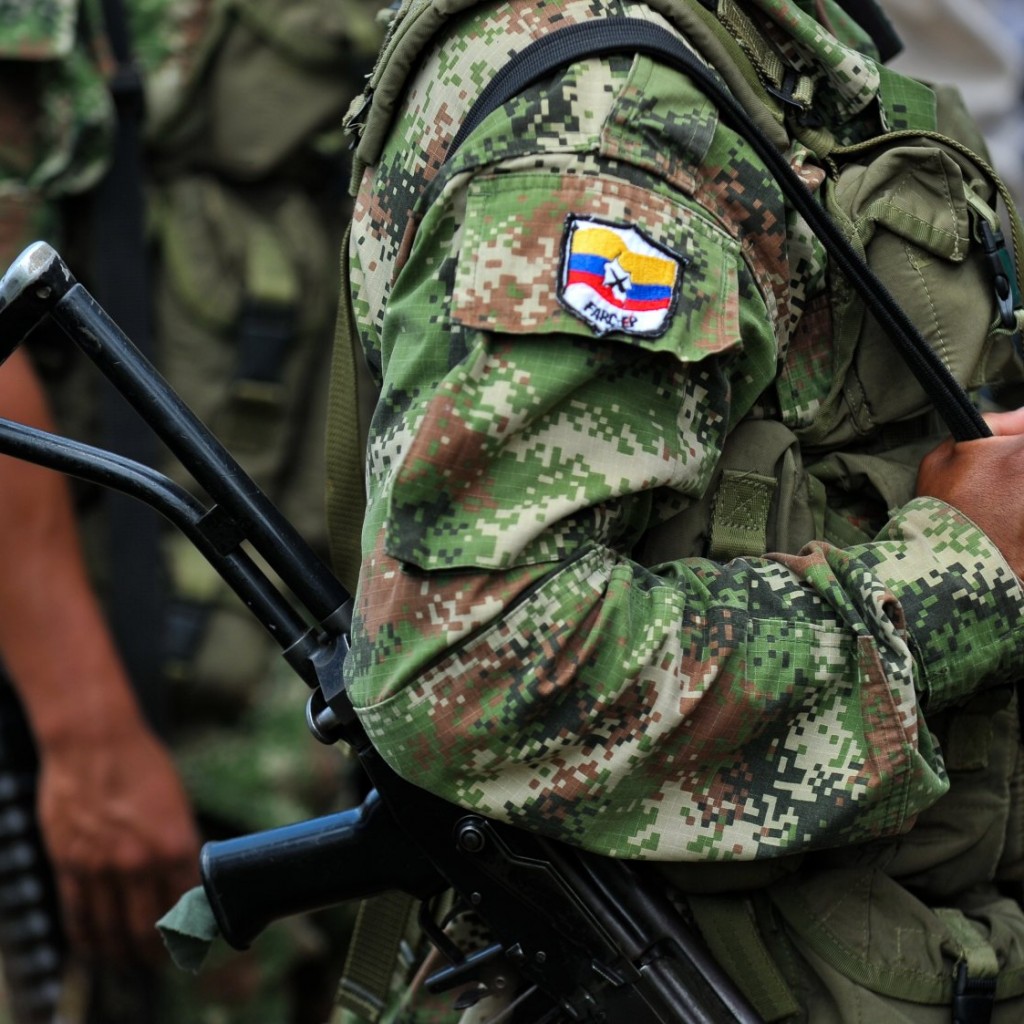 Colombia remains one of the most dangerous countries on earth, where more than 220,000 have been killed and countless displaced over the last 57 years. The human rights abuses in the country are regularly dismissed by the corporate media, which ignores the heavy hand of US Empire.

The US began heavily pushing military intervention in Colombia under the Kennedy administration, whose National Security Doctrine aimed to wipe out all populist movements in Latin America through the backing of right wing death squads.

FARC (Fuerzas Armadas Revolucionarias de Colombia), the Marxist-Leninist rebel group, is branded a terrorist group by the US, yet is trying to initiate a peace process. The US prevents this from happening, and continues to use the rebel group as an excuse to increase its military involvement. The so-called Drug War is just another arm of the ongoing violence on the ground.

The role of the US military in Colombia is intense. According to the former US Ambassador to Colombia, the US has more involvement in Colombia than anywhere in the world, including Afghanistan. There is also widespread abuse on behalf of the US military throughout the community. Between 2003-2007, US soldiers and contractors sexually abused at least 54 children and could not be tried or extradited due to immunity clauses between the two countries.

All this aside, Colombia remains the invisible country in the invisible war, shunned by the world. Abby and Robbie Martin are joined by Dan Kovalik, human and labor rights lawyer, on Media Roots Radio to discuss Colombia’s current war and the far-reaching effects of US interventionism over the past half century.