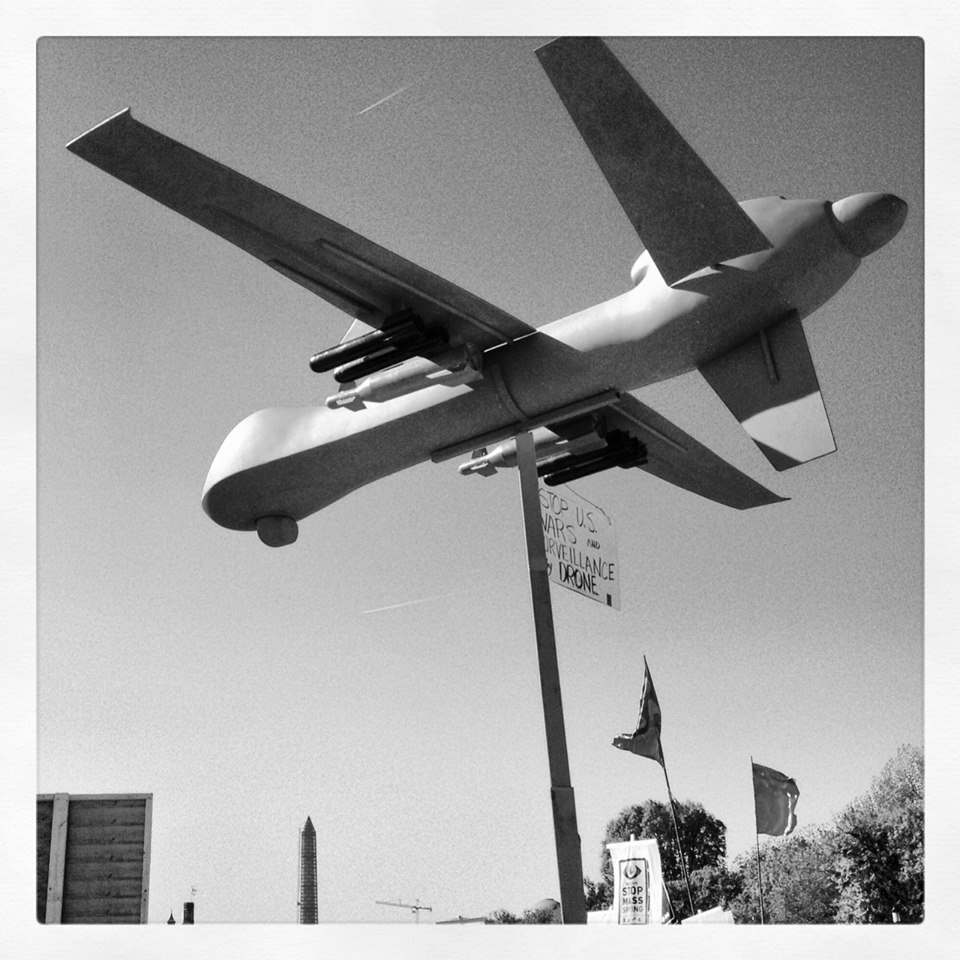 Earlier this year, Congressman Alan Grayson invited a Pakistani family who witnessed their grandmother getting blown up by a US drone to testify in front of Congress. After jumping through legal hoops for months, the Rehmans finally arrived to DC to testify about how drone warfare has tragically impacted their lives.

However their lawyer, Shazad Akbar, was suspiciously missing. The State Department inexplicably refused to grant him a visa, despite the fact that Akbar had traveled to the US many times before. Ultimately, only five members of Congress took the time to show up and listen to the Rehman family’s message.

I had the great opportunity to provide the Rehman family, including Rafiq, his children Zubair age 13, Nabeela age 9, as well as their lawyer, Jennifer Gibson, a platform on Breaking the Set to tell their somber story.

The Rehman Family on Breaking the Set

Many people in this country have accepted the false notion that drone strikes are a necessary evil to fight the ubiquitous threat of terrorism. Yet the government’s logic to either use ground troops or drones to fight ‘terror’ is a false dichotomy that must be countered.

The common argument that drones are the most strategic and effective weapon in modern warfare has been proven categorically false. According to the Bureau of Investigative Journalism, as many as 926 civilians have died in Pakistan alone from US drone strikes. Not to mention the fact that the civilian death toll could be as high as 3,595, considering how the simple act of being a military aged male in a strike region deems you a militant worthy of execution in the eyes of the US government.

An in-depth study done by the New America Foundation showed that drones only have a two percent average success rate at killing high level targets on the ground. This means that 98% of the time, innocent people are probably being killed.

Beyond these cold death statistics, it’s crucial to recognize that every casualty from these shadow wars is a human being like you and me. These people have faces, names and families left behind to mourn their loss.

If Islamic extremism is a threat, it needs to be dealt with in other ways. The US government should be working with foreign governments to capture alleged high level terror targets and put them on trial. It shouldn’t be a problem for Obama to release proof of their guilt if these suspects are already considered dangerous enough to outright execute.

Every drone strike that hits these remote villages causes twenty new ‘terrorists’ to form with renewed hatred toward the US government. Not only are drones ineffective, but they arguably cause the proliferation – not reduction – of terrorism.

Despite the inefficient and counter-intuitive nature of drone wars, these flying death traps dominate modern warfare. Their continued use becomes more clear when taking into account how Bush’s drone architect said that the reason Obama has ramped up drones is to avoid the bad press of Guantanamo Bay.

This is the stark reality we’re living in. The President is a constitutional lawyer who opts to assassinate people in order to not deal with the messy consequences of sending them into a Gitmo-style prison abyss.

I urge you to heed the words of the Rehman family. Resistance to unmanned killer drones must be formed in mass in order to end this criminal policy once and for all.