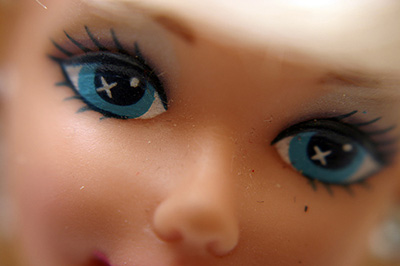 Now you have a whole new reason to abhor the iconic American effigy that has objectified women for half a century—she’s ruining the rainforest!

Activists at Greenpeace are launching an all-out war on the 11.5 inch-tall plaything, condemning the doll’s manufacturer, Mattel, for accelerating the deforestation of a South Asian haven for wildlife.

Greenpeace contests that Mattel Inc., the world’s largest toy company, packages Barbie and other children’s products in paper that has its root in Indonesian deforestation. Asia Pulp and Paper (APP), the company that provides the materials for Mattel packaging, has allegedly trashed the habitat for tigers, orangutans, tigers, leopards, elephants and other endangered species for two decades now. Now advocates are calling out the toy giant to change their ways.

The environmental activists are taking credit for a large banner that was unfurled over Mattel headquarters in El Segundo, California last week. The signage featured Barbie’s dapper boyfriend Ken projecting a frown and urging his gal pal: “Barbie: it’s over. I don’t date girls that are into deforestation.” A demonstration outside of the Mattel offices that day led to the arrest of ten protesters. A full-fledged attack on the manufacturer is now underway, as Greenpeace has taken to the Internet to blast the toy company.

Read the full article about Barbie Killing the Rainforest.