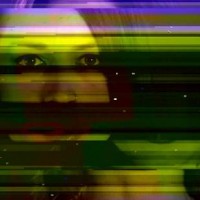 American exceptionalism is the bedrock of US expansion—casting a shadow across much of the world in the form of hyper-militarism and political interventionism. The US, as a global superpower, has drenched the globe in military bases and worked tirelessly to undermine native resistance by way of massacres, occupation, coups, and sanctions.

The United States has long been able to disguise occupation of foreign territories, and the pillaging of their resources, under the pretense of humanitarianism, all while at the same time bolstering horrifically abusive and repressive regimes in the regions it occupies. The establishment media has been able to camouflage colonial rhetoric by creating a more subdued, less threatening narrative so as to hide the true nature of warfare and to in turn fabricate a history that erases the Empire’s victims.

As much of the world moves forward in providing social benefits, including health care benefits and expanding education programs, while in turn making cuts to military budgets, the United States spends nearly $600 billion annually on its defense budget. Uncovering the hidden costs, military expenditures make up over 50% of American tax dollars. By institutionalizing the collusion between government and big business a permanent war economy in indisputably maintained, and lobbying for war becomes a necessity for those wishing to turn a quick profit.

Watch Abby Martin’s inaugural Empire Files episode, where she goes deep inside the rise of history’s largest, ever expanding Empire.

The Rise of History’s Biggest Empire

One thought on “The Rise of History’s Biggest Empire”