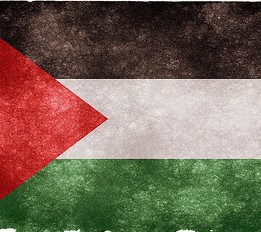 The act of giving to charities has become synonymous with creating a better world. Yet charities have also infiltrated our society, soliciting donations with constant advertisements.

Of course, the act of giving, purportedly for selfless reasons, results in good feelings and perhaps does help build schools or hospitals in some communities. But what are the larger consequences of the charity industrial complex, particularly of international charities that operate in the developing world?

It is oftentimes Non-Governmental Organizations [NGOs] such as Save the Children or Ducere Foundation that serve as charities. The number of NGOs has risen drastically over the past few decades, and now span across various categories – BINGOs [Business-friendly or Big International NGOs], DONGO [Donor Organized NGO], QUANGO [Quasi-Autonomous NGO], INGO [International NGO], and so on. First coined in 1945 by the United Nations, NGO is defined as a “not-for-profit group, principally independent from government, which is organized on a local, national or international level to address issues in support of the public good.”

There are polarizing views about the NGO industry – some regard it as groups of ‘do gooders’ that promote liberal democracy, while others see it as imperial spreaders of Eurocentric hegemony. NGOs have always been a continuation of imperial power, being created and staffed with colonial administrators in the wake of countries winning their independence. Today’s neoliberal economic modality ensures the global elite to safeguard their capital, and therefore, it’s pertinent to understand the role of the NGO industry within this terrain of power.

Neoliberalism is rooted in the perverse notion that the market and monetization are neutral and natural indicators of social needs, which has resulted in mass privatization of previously state-operated services such as health, education, and military intelligence, in addition to the deregulation of trade barriers in order to enhance the mobility of capital. This toxic ideology usurped the previous ideological hegemon of state-led economics after a series of events equated the ‘free market’ with ‘freedom’ – the 1973 oil crisis, the 1979 Volcker shock and the decline of the Soviet Union. It has since been egregiously applied as a ‘one recipe fits all’ economic model, oftentimes being imposed on developing countries in exchange for debt relief by international financial institutions, such as the International Monetary Fund (IMF).

One component of neoliberalism is the restructuring of the state – deemed to be inherently corrupt – into a neoliberal one. The state’s previous role under the Keynesian (state-led) economic model was to serve as a developmental actor in providing social services. It was expected to provide electricity, healthcare, education, telecommunications, and other basic services. Neoliberalism’s assault on the state has shrunk its role into simply a managerial one, in order to ensure deregulation and advance privatization.

NGOs fit into the narrative by becoming the primary providers of social services like education and healthcare. Although it appears to be the solution to governments not sufficiently providing for their people, it’s a short-term remedy that doesn’t address long-term needs and how constituents ultimately need to advocate for themselves.

While it’s unfair to umbrella all NGOs with the same depiction, most international NGOs encompass a Jekyll and Hyde dichotomy. They are subjected to neoliberal-dictated confines which marginalize the poor, yet (innocently or not) seek to provide much needed services to the poor. The result is a de-radicalized populous, less likely to advocate for state solutions to long-standing geopolitical issues due to the ideological restructuring of the market, the naturalization of NGO services, and the normalization of geopolitical issues as being terminal and requiring the aid-industry to continue its band-aid solutions. This very complex construction of the NGO industry as a ‘Jekyll and Hyde’ apolitical third sector ultimately serves to negate any space for local alternatives to neoliberalism to grow.

In 1949, the United Nations Relief and Works Agency for Palestinian Refugees [UNRWA] was established by the United Nations General Assembly resolution 302 (IV) to provide relief and work programs for Palestinian refugees. The organization was set up as a temporary solution to serve the Palestinians until UN Resolution 194, which facilitates the right to return, takes effect. Because Resolution 194 continues to fail to be implemented, the UNRWA is continuously rewarded, and now provides a variety of social services, including health and education.

NGOs have been ordained as ‘bottom up’ development actors and representatives of the people. Yet the UNRWA’s existence as a temporary provider for over fifty years serves to naturalize its own services while normalizing the geopolitical issue surrounding the occupied territories. Its assertion to be apolitical is contradictory, because the existence of an apolitical actor in a political sphere is ultimately politically influential. The perpetual renewal of the UNRWA’s mandate depoliticizes the necessity to legitimize Resolution 194, that is, the right to return.

Additionally, Israel continues to be exempt from international law as an occupying authority, as denoted by the 1907 Hague Regulations and the Fourth Geneva Convention. Nearly all of the responsibility that the occupier has to its occupied population are negated by Israel, including: the confiscation of private property, the condition to ensure public order and safely, and the the responsibility to ensure public health and food to the population under occupation. Palestinians remain disenfranchised in regards to land access and resources.

The UNRWA does provide services that help a lot of Palestinians, but the larger long-term notions of its presence is difficult to ignore. Additionally, the UNRWA provides services to Palestinians outside of the occupied territories, which only complicates the problem. The provision of these services may (temporarily or not) subdue the desire for the right to return, thereby disintegrating the ‘Palestine question.’ The depoliticization of the Palestine occupation serves as a way for Western parties to detach from the issue and fund relief organizations rather than reconsider the policy actions their governments undertake in continuing the brutal occupation.

This is just one example of how NGOs are often embedded with a contradictory, short-term framework in providing needs but ultimately being detrimental for the interests of local populations. Of course, there are many NGOs that are local and independently funded, with an ability to provide short-term needs while addressing long-term issues. These should not be discounted; however, neither should the imperial construct in which all NGOs ultimately exercise their bargaining power. As neoliberalism continues to undo the victories in social service gains over the past several decades, the material and ideological role of NGOs should be assessed within a changing power terrain that upholds the free market and dismantles the welfare state. Organic, and local alternatives to neoliberalism are desperately needed now, or seemingly benign NGOs’ Jekyll and Hyde nature will inevitably disintegrate the space in which these alternatives can ever be developed.