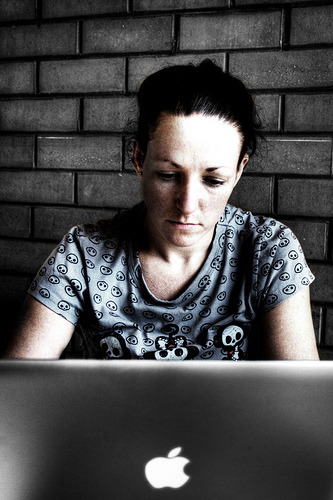 REUTERS– Nearly 70 percent of Americans believe traditional journalism is out of touch, and nearly half are turning to the Internet to get their news, according to a new survey.

“That’s a really encouraging reflection of people who care A) about journalism and B) understand that it makes a difference to their lives,” said Andrew Nachison, of iFOCOS, a Virginia-based think tank which organized a forum in Miami where the findings were presented.

Nearly half of the 1,979 people who responded to the survey said their primary source of news and information is the Internet, up from 40 percent just a year ago. Less than one third use television to get their news, while 11 percent turn to radio and 10 percent to newspapers.

More than half of those who grew up with the Internet, those 18 to 29, get most of their news and information online, compared to 35 percent of people 65 and older. Older adults are the only group that favors a primary news source other than the Internet, with 38 percent selecting television.

Howard Finberg, of the Poynter Institute in St. Petersburg, Florida, said the public often doesn’t understand that the sources they are accessing online such as Google News and Yahoo News pull stories from newspapers, television, wire services and other media sources.

“It’s delivered in a non-traditional form, that doesn’t necessarily mean there isn’t traditional journalism underneath it,” he explained.

But Finberg said the study does support the belief among many large media companies that focusing on local issues is important to their journalistic and economic survival.