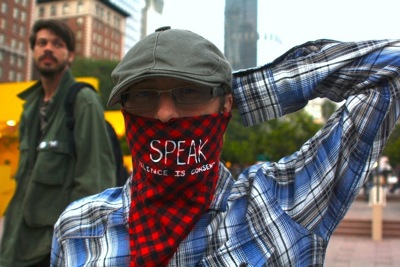 MEDIA ROOTS – Video documentation by independent media outlet Rogue Media exposes how police officers and county deputies from across Minnesota have been picking up young people in Minneapolis to participate in a DRE drug training program to “recognize drug-impaired drivers.”  Multiple participants of the program claim that the officers provided them with incentives such as free cigarettes and food in order to take illicit street drugs.

The Occupy Wall Street (OWS) movement has been present at Peavey Plaza in Minneapolis since April 7th, and the OWS activists appear to be the primary targets of the DRE program.  Some of the participants claim they’ve even been offered free drugs by cops to become informants and snitch on other Occupy activists.

Officers state that the DRE program has no independent oversight, and they also admit that there are EMTs on site at the facility used to administer the drugs to test subjects.  The DRE program’s motives are highly questionable–cops are already trained to deal with drug impaired drivers.  So, the revelations of this documentary begs multiple questions: why are police targeting Occupy activists in particular to take drugs?  Why are they creating potential safety hazards to the public by not administering medical assistance for the participants after being given the drugs?  What is the real purpose of this program and is it happening in more cities across the nation?

“I think most people would be very surprised to have our tax dollars used to get people high,” states Michelle Gross, president of Communities United Against Police Brutality. “These activities call into question the methods and motives of this DRE training.”