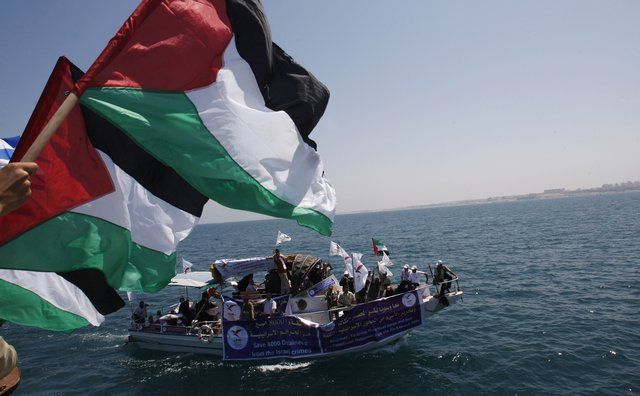 CBS– Israeli naval commandos stormed a flotilla of ships carrying aid and hundreds of pro-Palestinian activists to the blockaded Gaza Strip on Monday, killing nine passengers in a botched raid that provoked international outrage and a diplomatic crisis.

Dozens of activists and six Israeli soldiers were wounded in the bloody predawn confrontation in international waters. The violent takeover dealt yet another blow to Israel’s international image, already tarnished by war crimes accusations in Gaza and its 3-year-old blockade of the impoverished Palestinian territory.

Prime Minister Benjamin Netanhayu canceled a much-anticipated meeting with President Barack Obama in Washington on Tuesday in a sign of just how gravely Israel viewed the uproar. In Canada, Netanyahu announced he was rushing home but said he had called the American president and agreed to meet again.

President Barack Obama voiced “deep regret” over the raid and “expressed the importance of learning all the facts and circumstances” surrounding the incident.

The U.N. Security Council held an emergency meeting Monday, while the Arab League planned to meet Tuesday in Cairo.

The activists were headed to Gaza to draw attention to the blockade, which Israel and Egypt imposed after the militant Hamas group seized the territory of 1.5 million Palestinians in 2007.

There were conflicting accounts of what happened early Monday, with activists claiming the Israelis opened fire without provocation and Israel insisting its forces fired in self defense.

Continue readng about the Aid Flotilla Being Attacked by Israeli Commandos.