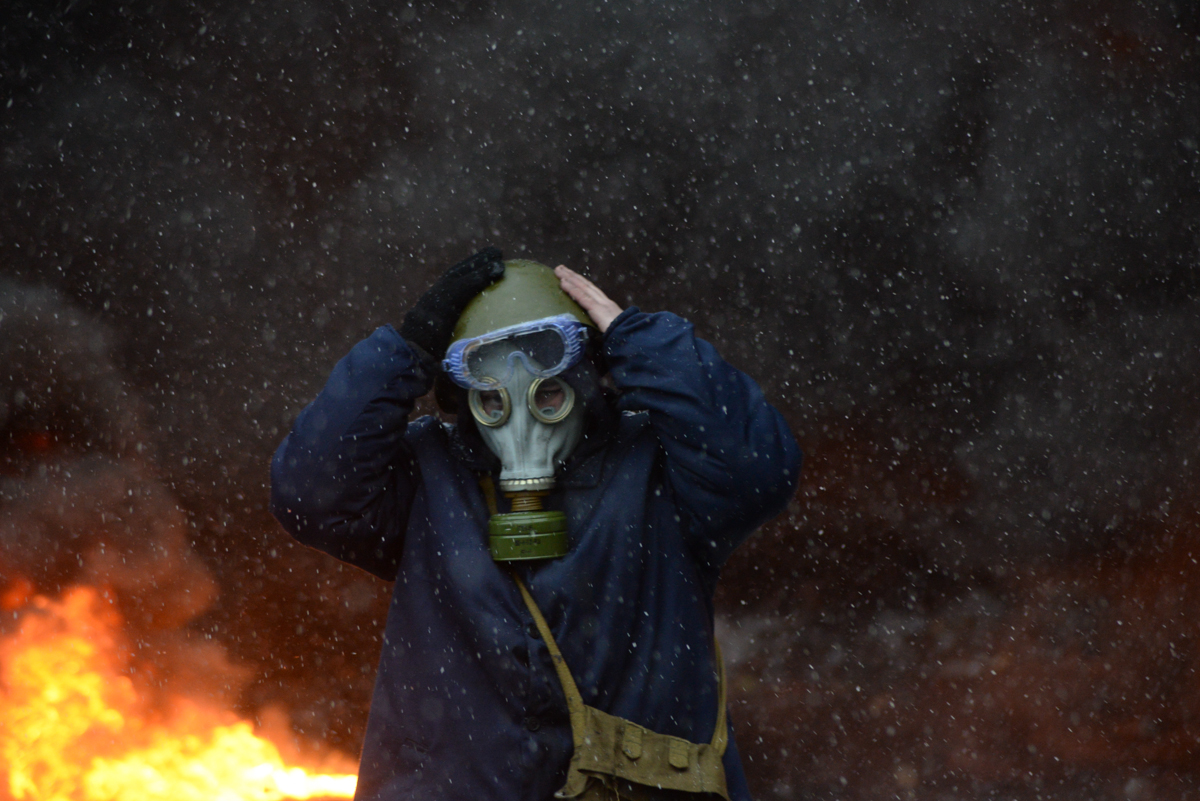 As unrest erupts from Oakland to Egypt, there’s one weapon of war that has come to define the militarized police state: tear gas.

And while a St. Louis judge ruled recently that limits must be placed on the use of tear gas in Ferguson, he didn’t rule that tear gas should only be implemented as a last resort.

Around the country, contingents of peaceful protesters are being confronted by assemblies of heavily militarized police officers that regularly use chemical agents to disperse crowds. But usually the act of getting doused with chemicals is so infuriating that it only incites chaos.

People have a good reason to be afraid of tear gas, considering it’s a banned agent of war under the 1993 Chemical Weapons Convention. Here’s the catch – there’s a clause in the treaty that includes an exception for domestic use. Yes, it’s illegal for the US military to use tear gas against ISIS, but cool to use against American citizens.

The US ensured the exception, claiming it was afraid the convention may prohibit lethal injection. Because of this caveat for riot control, countries around the world regularly and irresponsibly use chemical agents against their own populations. In American cities like Ferguson, police deploy tear gas at the drop of a hat, often at cameramen and journalists.

Despite all of the apocalyptic imagery associated with the weapon, government officials maintain tear gas is perfectly safe, including Ferguson police chief Tom Jackson, who said “There are complaints about the response from some people… but to me, nobody got hurt seriously, and I’m happy about that.”

He forgot to say yet, considering how Ferguson police are using tear gas canisters from the Cold War era and are so old, there’s a severe risk of shrapnel flying into crowds. Make no mistake, this “less than lethal” weapon can actually be quite deadly. Look no further than Palestine, where a man was killed from a tear gas canister hitting him at close range in 2011. Or in Egypt, when a policeman shot tear gas into a caravan holding  37 protesters, choking and killing them all.

Horrifyingly, tear gas also causes amputations and miscarriages. In Bahrain, Physicians for Human Rights reported that many pregnant women had miscarriages after exposure with the chemical agent. Officials assure there are no long term health effects, but that hasn’t been proven given the lack of long term studies. Sven-Eric Jordt, a leading expert in tear gas, says

“I frankly think that we don’t know much about the long-term effects, especially in civilian exposure…There’s very few follow-up studies. These are very active chemicals that can cause quite significant injury. I’m very concerned that, as use has increased, tear gas has been normalized. The attitude now is like, this is safe and we can use it as much as we want.”

And boy, do we. As the world’s leading military and arms supplier, the US is also the biggest producer of less than lethal weaponry. During Egypt’s revolution, while police gunned down protesters and made mass arrests, they liberally used tear gas that read “Made in the USA” (at a little place called Combined Systems International of Jamestown, Pennsylvania). According to VisionGain, the non-lethal weapons market has exploded over the last decade, and is worth a whopping 1.6 billion dollars this year.

Somehow the government has convinced the American people that using tear gas is perfectly harmless, despite stark evidence to the contrary. So, next time it tries to sell us another war because *this leader gasses his own people*, remember that claim isn’t so far from home.

Abby Martin Breaks the Set on the Lethality of Tear Gas