In her first on-the-ground report from Palestine, Abby Martin gives a first-hand look into two of the most attacked refugee camps in the West Bank: Balata and Aida camps.

With millions of displaced Palestinians around the world, hundreds of thousands are refugees in their own country—many have lived packed into these refugee camps after being ethnically cleansed from their villages just miles away.

Aida camp is located between the municipalities of Bethlehem, Beit Jala and Jerusalem and is near two large Israeli settlements – Har Homa and Gilo – considered illegal by the international community.

“Gilo is less than two km away and they have 24-hour fresh water, gardens and schools for children. We live just next to this settlement and we suffer from lack of all of these. We’ll never accept this. My home village is 40 minutes distant and I can’t reach it. It is not easy to be a refugee in my country,” Alazzo complained. 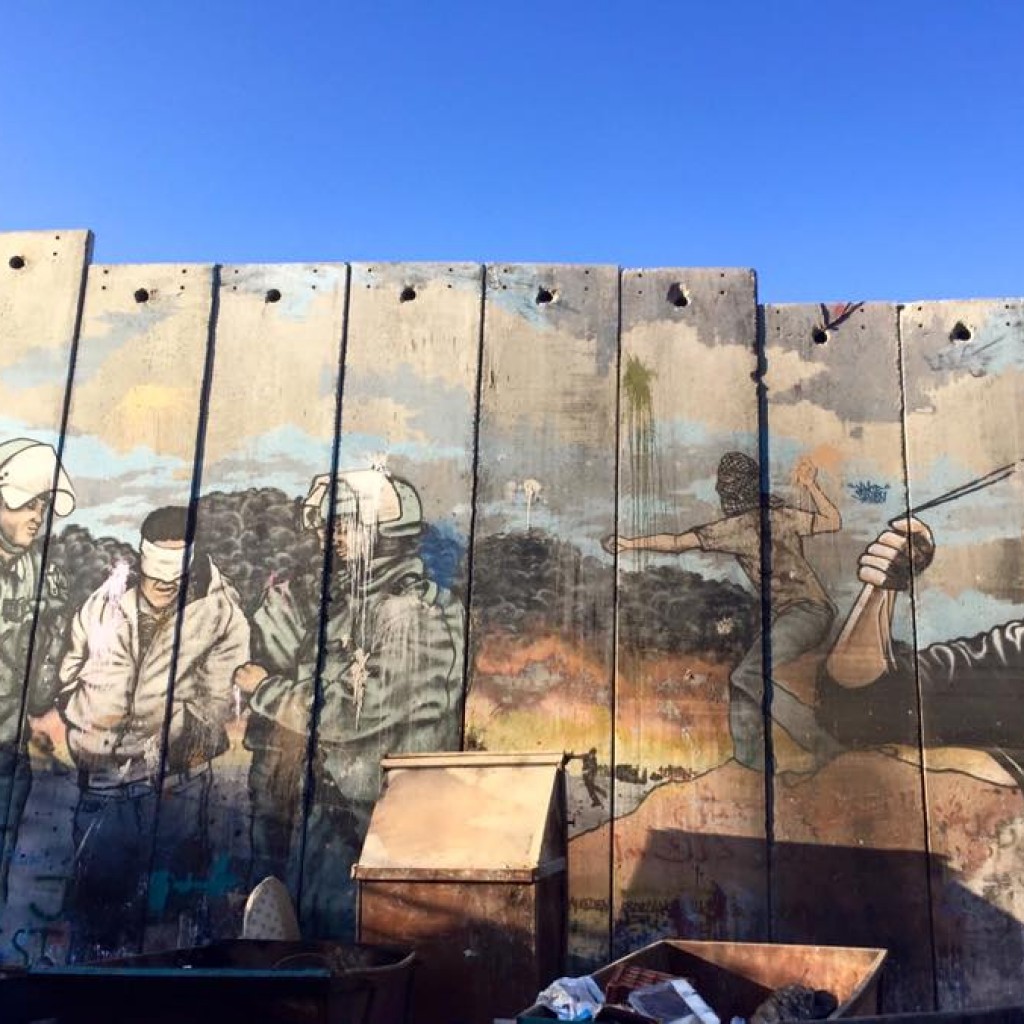 Aida has been a hot spot since the Second Intifada (also called as Al-Aqsa, a Palestinian uprising started in 2000) and refugees became highly exposed to violence as a result of military operations.

The increasing number of injuries in the camp are due to excessive force documented by the UN. In 2015, there were 84 incursions by Israeli security forces, 57 injuries (21 were minors), 44 arrests (including 13 minors), and one fatality with the death of a minor.

Walking through the alleys and narrow streets of Aida, it is common to hear stories about men and boys taken from their homes by Israeli security forces.

“We’re always afraid of our sons being taken by Israeli army. I never leave them alone. It is normal for the Israeli soldiers to take kids. It’s a scary life,” Sumayah Asad, a 40-year-old mother of six, told IPS.

It was a Friday morning, a sacred day for the Muslims, and she was handing out chocolates and sweets as gifts to whoever passed in front of her house. Asad said she was celebrating her 12-year-old son’s release after five days in detention.

“I’m happy now to see my son released from the Israeli occupation. Soldiers came to my house at three in the morning and caught my boy. They let him out after discovering he hadn’t done anything. Kids should be playing or be in the school, not in jail,” she said.

Although not everyone agrees that coexistence is possible among Jews and Palestinians, Munther Amira, 45, who was born in Aida and whose family came from the village Dier Aban (South Jerusalem), remains optimistic that peaceful change can be achieved.

“Yes, we can coexist. The idea of coexistence is based on human rights and should include our right of return. Here in Palestine, Christians and Muslims already live together. It’s difficult to develop a democracy under an occupation,” he told IPS.

Watch a crucial introduction to The Empire Files coverage from Palestine, How Palestine Became Colonized.