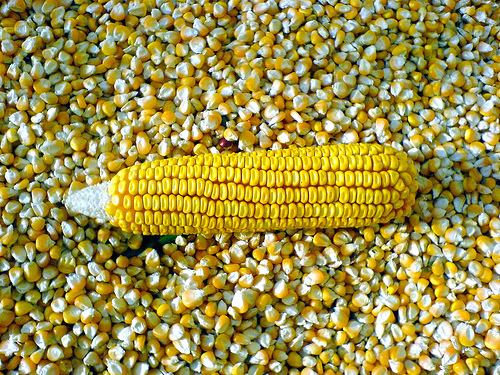 LA WEEKLY– Hungary has destroyed almost 1,000 acres of corn found to have been grown with genetically modified seeds, which are illegal in the country, International Business Times reports. The corn was plowed under so that pollen would not contaminate other crops.

The action came in response to a new regulation introduced in March that stipulates that seeds are supposed to be checked for GMO before they can be sold to farmers. But some of the GMO seeds, manufactured by U.S. seed giants Monsanto and Pioneer, made it onto the market anyway. The Hungarian government said it will continue to test seeds despite the fact that seed sellers are obliged to make sure their products are GMO-free.

With the growing season already underway, it’s too late to sow new seeds, so this year’s harvest is a total loss.

Monsanto released a statement saying it “respects Hungary’s efforts to prevent the production of genetically manipulated plants on Hungarian farms. Monsanto sells only traditional, not GMO seeds to Hungary. Our seeds can only enter Hungarian markets after they were tested for GMO and found clean, in accordance with national and international laws.”