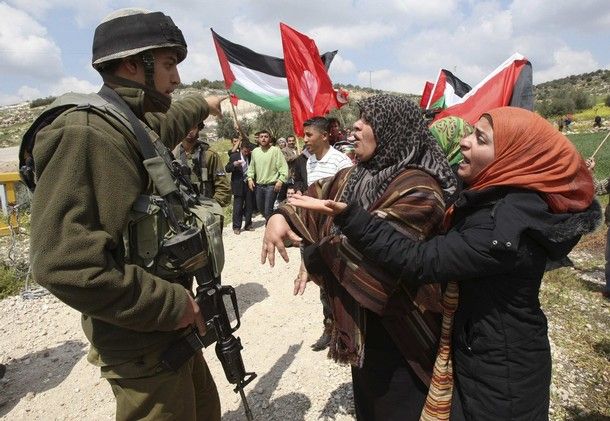 MCCLATCHY– As Israel ordered a slight easing of its blockade of the Gaza Strip Wednesday, McClatchy obtained an Israeli government document that describes the blockade not as a security measure but as “economic warfare” against the Islamist group Hamas, which rules the Palestinian territory.

Israel imposed severe restrictions on Gaza in June 2007, after Hamas won elections and took control of the coastal enclave after winning elections there the previous year, and the government has long said that the aim of the blockade is to stem the flow of weapons to militants in Gaza.

Last week, after Israeli commandos killed nine volunteers on a Turkish-organized Gaza aid flotilla, Israel again said its aim was to stop the flow of terrorist arms into Gaza.

However, in response to a lawsuit by Gisha, an Israeli human rights group, the Israeli government explained the blockade as an exercise of the right of economic warfare.

“A country has the right to decide that it chooses not to engage in economic relations or to give economic assistance to the other party to the conflict, or that it wishes to operate using ‘economic warfare,'” the government said.

Sari Bashi, the director of Gisha, said the documents prove that Israel isn’t imposing its blockade for its stated reasons, but rather as collective punishment for the Palestinian population of Gaza. Gisha focuses on Palestinian rights.

(A State Department spokesman, who wasn’t authorized to speak for the record, said he hadn’t seen the documents in question.)

The Israeli government took an additional step Wednesday and said the economic warfare is intended to achieve a political goal. A government spokesman, who couldn’t be named as a matter of policy, told McClatchy that authorities will continue to ease the blockade but “could not lift the embargo altogether as long as Hamas remains in control” of Gaza.

Read full article on the Gaza Blockade Not Being About Security.

Frenkel, a McClatchy special correspondent, reported from Jerusalem. Warren P. Strobel and Steven Thomma contributed to this article from Washington.