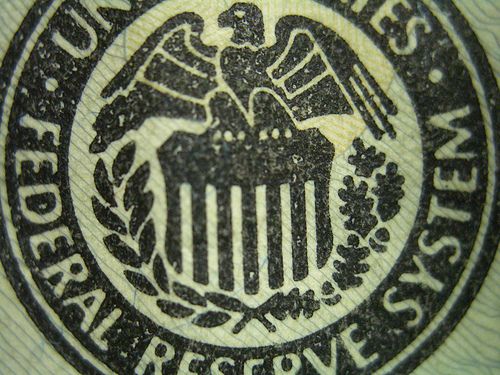 MEDIA ROOTS – Harry Truman once famously proclaimed that he wished to meet a “one-armed economist,” because every economist he hired for advice on the nation’s economy would give him a “one hand, and the other hand” scenario.

A generation later, economic historian and lecturer, Andrew Gause provides a seemingly simple “one-armed” solution to fix the United States’ economy. Gause instructs to immediately discontinue the distribution of Federal Reserve Notes while reissuing U.S. Notes. Such bills of legal tender would be an “interest-free unit” and, as a result, the nation would have no debt.

In the following interview, Andrew Gause breaks down exactly how to end the Federal Reserve banking system:

2. Issue an edict asserting that all citizens must turn in all Federal Reserve Notes.

4. Destroy the bonds and create a public national bank that replaces “the Fed.”

Andrew Gause is one of the most respected monetary historians and contemporary experts on American and international banking systems. Not only does Gause understand the intricacies of the Federal Reserve fiat money system, he has also studied every other fiat money system in history and understands that all of these systems ultimately fail. Gause has attracted a wide following with over one thousand television and radio appearances, and has written two books on the subject, The Secret World of Money and Uncle Sam Cooks the Books.

Why is such a simple solution met with resistance?

In the following interview, Andrew Gause compares ending the Federal Reserve Bank to Andrew Jackson’s experience ending the Second Bank of the United States. Both Kennedy and Lincoln issued United States Notes but were ultimately unsuccessful. They were both assassinated before they were able to carry out their plans.

Andrew Gause explains how to end the Federal Reserve Bank System on the Timpone radio show.

Andrew Gause discusses the Financial Reform Act of 2009 and the continued consolidation of financial power to the Federal Reserve Bank.