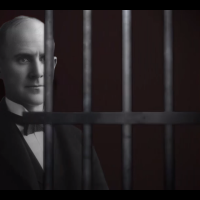 Red-baiting, used to smear individuals and organizations, remains the unofficial religion in capitalist America. Yet little is said about the role socialism played in building a strong labor movement and creating an unshakable anti-war movement.

Not only is this part of U.S. history whitewashed, so is the repression of dissidents before and after McCarthy. Between 1919 and 1920 some 10,000 people were rounded up and thrown in jail during the Palmer raids, notorious for their exceptional brutality.

During the 1920’s, local police departments formed official “Red Squads”, where police intelligence units working with business elites would conduct extensive surveillance; raid meetings, ransack offices and instill fear in workers attempting to unionize. The message was clear: anyone who considered joining a socialist group would be met with unyielding violence.

The war on this idea intensified in 1947, when the House Committee on Un-American Activities began targeting high profile public officials and members of the entertainment industry who were alleged to be Red. Anti-communism in the 1940’s and 1950’s reached such a degree of terror that 5,000 communists were forced to flee the country, and more than 1,000 went to prison.

In this edition of The Empire Files Abby Martin exposes not only the oft-ignored history of the American Left, but examines how the Empire remains just as vociferous in its attempts to snuff out any and all socialist traditions.

America’s Unofficial Religion — The War On An Idea