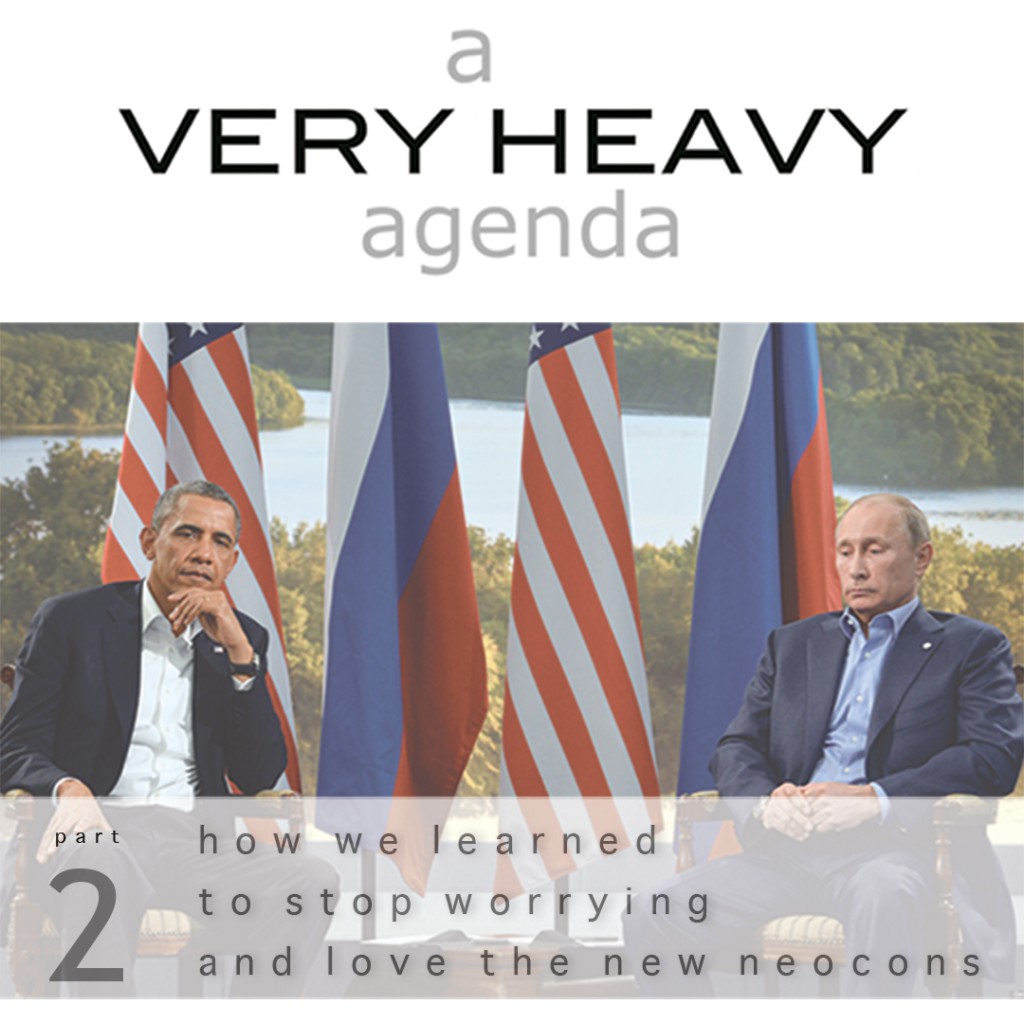 Media Roots co-host Robbie Martin presents the newest installment in his documentary film series about Washington, DC neoconservatives who aim to widen the rift between Russia and the United States.

A Very Heavy Agenda Part 2: How We Learned to Stop Worrying and Love The New Neocons , Out Now on Video On Demand and DVD

After the Cold War, the US-NATO reach expanded significantly to take in most of the old Soviet Union clients in the Warsaw pact. Neoconservative darling Robert Kagan and his diplomat wife Victoria Nuland played key roles inside and out of various administrations as they greased the skids for a US-sponsored coup in Ukraine. The infamous neoconservative Washington DC think-tank ‘The Project for the New American Century’ was re-branded for the Obama era into ‘The Foreign Policy Initiative’ acting as a outside agitator pushing the envelope on what the US should do in the new Cold War landscape. Part 2 shows the resurrection of old Reaganites from beltway depths to deliver blatant propaganda with techniques reminiscent of a red scare era that had only just faded from memory. US-funded outfits like Radio Free Liberty are pitted against Russia’s RT as each nation accuses the other of waging an ever more desperate and transparent “Information War”.

A Very Heavy Agenda Part 2: How We Learned To Stop Worrying and Love the New Neocons from Robert Martin on Vimeo.

PNAC 2.0 The Neocons Are Back from Robert Martin on Vimeo.