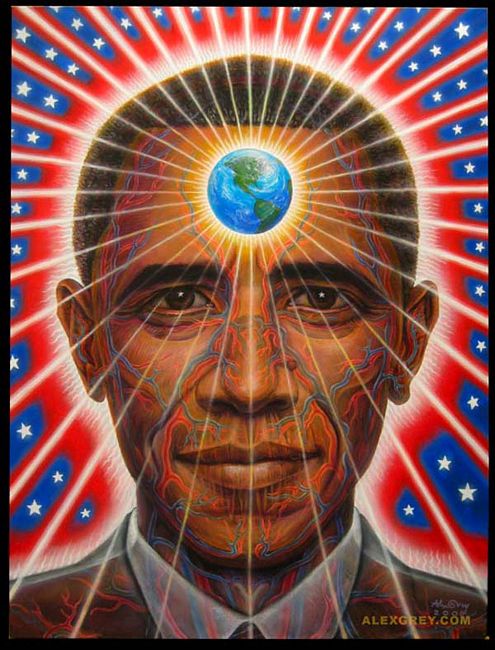 MEDIA ROOTS — The deceptive term “sequester” in Obamaspeak refers to social spending cuts looming, ostensibly, in order to “balance the budget,” as if the US federal budget were the same as a household budget in need of balancing. The big mistake the public makes, aided by a lying corporate media perpetuating myths about the US economy, is it falls for the fallacious argument the federal government, a sovereign currency issuer of the US dollar, needs to “balance its budget.”

What happens is the federal budget (domestic public sector) is viewed in isolation, out of context, isolated from the foreign sector and the domestic private sector. This renders popular analysis of the federal budget flawed. So, of course Obama perpetuates existing myths about our monetary system, because he’s funded by Wall Street. UMKC Professor William K. Black breaks it down precisely how Obama fakes the funk.

NEW ECONOMIC PERSPECTIVES — We are in the midst of the blame game about the “Sequester.”  I wrote last year about the fact that President Obama had twice blocked Republican efforts to remove the Sequester.  President Obama went so far as to issue a veto threat to block the second effort.  I found contemporaneous reportage on the President’s efforts to preserve the Sequester – and the articles were not critical of those efforts.  I found no contemporaneous rebuttal by the administration of these reports.

In fairness, the Republicans did “start it” by threatening to cause the U.S. to default on its debts in 2011.  Their actions were grotesquely irresponsible and anti-American.  It is also true that the Republicans often supported the Sequester.

The point I was making was not who should be blamed for the insanity of the Sequester.  The answer was always both political parties.  I raised the President’s efforts to save the Sequester because they revealed his real preferences.  Those of us who teach economics explain to our students that what people say about their preferences is not as reliable as how they act.  Their actions reveal their true preferences.  President Obama has always known that the Sequester is terrible public policy.  He has blasted it as a “manufactured crisis.”

The administration has stated publicly the three reasons this is so.  First, the Sequester represents self-destructive austerity.  Indeed, it would be the fourth act of self-destructive austerity.  The August 2011 budget deal already sharply limited spending and the January 2013 “fiscal cliff” deal raised taxes on the wealthiest Americans and restored the full payroll tax.  The cumulative effect of these three forms of austerity has already strangled the (modest) recovery – adding the Sequester, particularly given the Eurozone’s austerity-induced recession, could tip us into a gratuitous recession.

Second, the Sequester is a particularly stupid way to inflict austerity on a Nation.  It is a bad combination of across the board cuts – but with many exemptions that lead to the cuts concentrating heavily in many vital programs that are already badly underfunded.

Third, conservatives purport to believe in what Paul Krugman derisively calls the “confidence fairy.”  They assert that uncertainty explains our inadequate demand.  The absurd, self-destructive austerity deals induced or threatened by the Sequester have caused recurrent crises and maximized uncertainty.  They also show that the U.S. is not ready for prime time.

The only logical inference that can be drawn is that Obama remains committed to inflicting the “Grand Bargain” (really, the Grand Betrayal) on the Nation in his quest for a “legacy” and continues to believe that the Sequester provides him the essential leverage he feels he needs to coerce Senate progressives to adopt austerity, make deep cuts in vital social programs, and to begin to unravel the safety net.  Obama’s newest budget offer includes cuts to the safety net and provides that 2/3 of the austerity inflicted would consist of spending cuts instead of tax increases.  When that package is one’s starting position the end result of any deal will be far worse.

In any event, there is a clear answer to how to help our Nation.  Both Parties should agree tomorrow to do a clean deal eliminating the Sequester without any conditions.   By doing so, Obama would demonstrate that he had no desire to inflict the Grand Betrayal.

NEW ECONOMIC PERSPECTIVES — We have been strangling the economic recovery through economic incompetence – and worse is in store because President Obama continues to embrace (1) the self-inflicted wound of austerity, (2) austerity primarily through cuts in vital social programs that are already under-funded, and (3) attacking the safety net by reducing Social Security and Medicare benefits.  The latest insanity is the Sequester – the fourth act of austerity in the last 20 months.  The August 2011 budget deal caused large cuts to social spending.  The January 2013 “fiscal cliff” deal increased taxes on the wealthy and ended the moratorium on collecting the full payroll tax.  The Sequester will be the fourth assault on our already weak economic recovery.  We have a jobs crisis in America – not a government spending crisis and the cumulative effect of these four acts of austerity has caused a certainty of weak growth and a serious risk that we will throw our economy back into recession.  The Eurozone’s recession – caused by austerity – greatly adds to the risk to our economy because Europe remains our leading trading partner.

President Obama and a host of administration spokespersons have condemned the Sequestration, explaining how it will cause catastrophic damage to hundreds of vital government services.  Those of us who teach economics, however, always stress “revealed preferences” – it’s not what you say that matters, it’s what you do that matters.  Obama has revealed his preference by refusing to sponsor, or even support, a clean bill that would kill the sequestration threat to our Nation.  Instead, he has nominated Jacob Lew, the author of the Sequestration provision, as his principal economic advisor.  Lew is one of the strongest proponents of austerity and what he and Obama call the “Grand Bargain” – which would inflict large cuts in social programs and the safety net and some increases in revenues.  Obama has made clear that he hopes this Grand Betrayal (my phrase) will be his legacy.  Obama and Lew do not want to remove the Sequester because they view it as creating the leverage – over progressives – essential to induce them to vote for the Grand Betrayal.

Further evidence of Obama’s continuing support for the Sequester was revealed in an odd fashion today.  Bob Woodward is in a controversy because of his column about Sequestration.  His column made two primary points.  First, the administration authored the Sequester.  Second, Woodward claimed that Obama was “moving the goal posts” by asking for revenue increases.  Woodward was criticized by many Democrats for this column and created a further controversy by saying that the administration threatened him.  It turned out that the purported threat was based on a statement by Gene Sperling, Obama’s economics advisor.  David Weigel’s column summarizes the dispute.

Weigel comes out where I do on each of the three issues.  Yes, the administration created the Sequester and has fought to keep it alive when Republicans tried to kill it.  (The Republicans “started it” by their obscene extortion in 2011 in which they threatened to force a default.)  No, Obama has not moved the goal posts.  No, Sperling did not “threaten” Woodward.  I raise this background simply to provide a context for Sperling’s comments about the reasons that the administration created and continues to support the Sequester.

“The idea that the sequester was to force both sides to go back to try at a big or grand bar[g]ain with a mix of entitlements and revenues (even if there were serious disagreements on composition) was part of the DNA of the thing from the start. It was an accepted part of the understanding — from the start. Really.”

There may have been big disagreements over rates and ratios — but that it was supposed to be replaced by entitlements and revenues of some form is not controversial. (Indeed, the discretionary savings amount from the Boehner-Obama negotiations were locked in in BCA [Budget Control Act of 2011]: the sequester was just designed to force all back to table on entitlements and revenues.)

Obama continues to want to “force” a “grand bargain” in which he proposes to make large cuts to social programs, some tax increases, and reductions in the safety net.  Again, Obama can easily break with this strategy of choking our economic recovery by supporting a clean bill that would kill the Sequester instead of our economy.

Read more about Representative Conyers needs our Support to Kill the Sequestration’s Austerity.