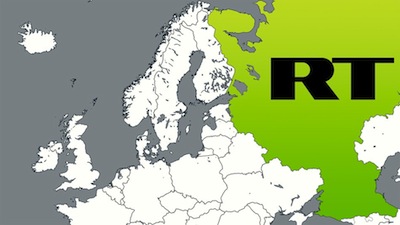 US government officials are calling to overhaul the state funded media apparatus and focus on counter-propaganda against hostile nations, according to a report seen by Reuters.

The study was written by two former Western state funded news employees, Broadcasting Board of Governors (BBG) governor and Radio France Europe/Radio Liberty vice president, who declared the US is losing the information war to its adversaries. Despite its annual $730 million budget, the BBG is asking Congress for an additional $15 million to combat Russian media specifically.

RT was created to put out the Russian perspective to the world, one of many viewpoints necessary to form opinions about global affairs. People watch foreign backed stations because they know the value in another side to the story, and they’re smart enough to navigate around obvious state biases.

What US officials don’t seem to grasp is that Russian media’s success is only due to the abysmal failure of American media to provide citizens with real news.

I joined RT because it gave me the space to critique empire, corporatism and militarism while providing a crucial platform to whistleblowers and activists. People want unfettered, raw truth about issues that most impact their lives, and Breaking the Set helped fill that void.

I never produced a pro-Russian story and stayed true to my moral compass by speaking out against Putin’s policies several times. Yet people still diminish my three years of paradigm challenging content on the network as mere “Russian propaganda”.

When in Berlin, I joined Jasmin Kosubek on RT Deutsch’s Der Fehlende Part to talk about RT vs. MSM media wars.

Watch the interview in German here. Check out all full episodes and segment breakdowns of Breaking the Set here.

The media propaganda double standard is being reinforced everywhere. At Colombia Journalism School, there’s a student program called “RT Watch” that’s “keeping an eye” on the Russian backed station. And while the project clearly exists to mock and undermine the network, I was happy that one of the students interviewed me and published it in full on their website.

It’s easy to ride the wave of ridicule, but until the establishment turns a critical eye at its own media cesspool, it will never be able to comprehend why Russia is winning the information war.

6 thoughts on “RT vs. MSM Propaganda in the New Cold War”