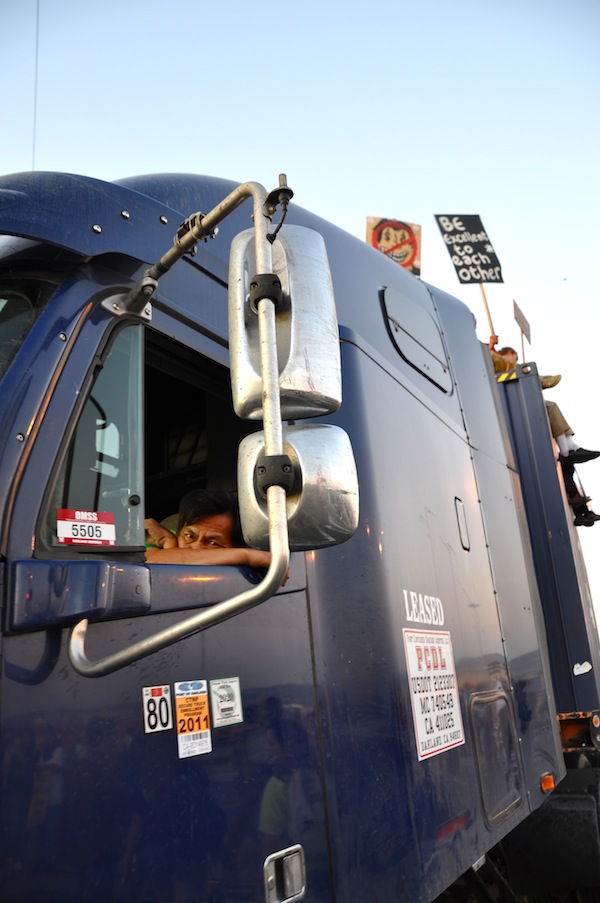 MEDIA ROOTS – On Wednesday, November 2, 2011, I documented an incredibly inspirational and monumental event. For the second time in sixty years, Oakland held a general strike that shut down the city– this time in response to the brutal police state crackdown on the Occupy Oakland encampment.

Upwards of 20,000 people participated in the strike and march to the Port of Oakland, per aerial estimates, where protesters blocked the gates in an act of civil disobedience in order to call attention to the Occupy Wall Street movement. It was beautiful to witness thousands of people from all walks of life standing together to call an end to class warfare, corporate greed and the impunity of the 1%’s illegality.

I took some photographs throughout the course of the day highlighting some epic moments of the bank shutdowns, the march to the port and the dance party in the streets that ensued.

Check out a video I made highlighting some of the best moments from the Occupy Oakland General Strike and Port Shutdown.