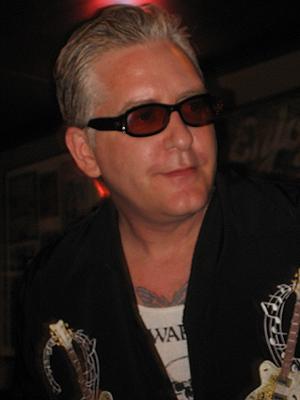 MEDIA ROOTS — Earlier this week on Deadline Live, radio host Jack Blood interviewed our very own Abby Martin. The beginning of the conversation gravitates around Abby’s incident with Rand Paul, where Rand tried to intimidate Abby for confronting him on his Romney endorsement. This leads into a discussion on many topics including how putting your faith and energy behind any politician (even ones who say things you agree with) will ultimately lead to disappointment.

Overall, it’s refreshing to hear a discussion inside this ‘movement’ which isn’t afraid to be critical of certain aspects of it, like its rampant racism (important fixtures in the movement referring to Obama as a ‘spear chucker’) and homophobia. Or, why so many people in the movement keep making excuses for both Pauls, even going so far as claiming he is being held hostage. Bohemian Grove and Bilderberg are also discussed as potential distractions away from where the seeds to actual documented public policy is formed.  The conversation finishes up with how art is a vehicle for reflecting our times, and how an artist has a responsibility to inject something into the zeitgeist of culture.

“Jack Blood welcomes Abby Martin (www.abbymartin.org and www.mediaroots.org) TV Host on Russia Today…. We discuss Rand Paul’s censorship of her and RT, Art as a vehicle for truth, Bilderberg’s Alt media Red carpet, No difference between Alt media and MSM, and what is Russia Today? Abby swears, and denies she is “Toyko Rose” and basically kicks ass all through the entire first hour…. Breaking news from www.deadlinelive.info”