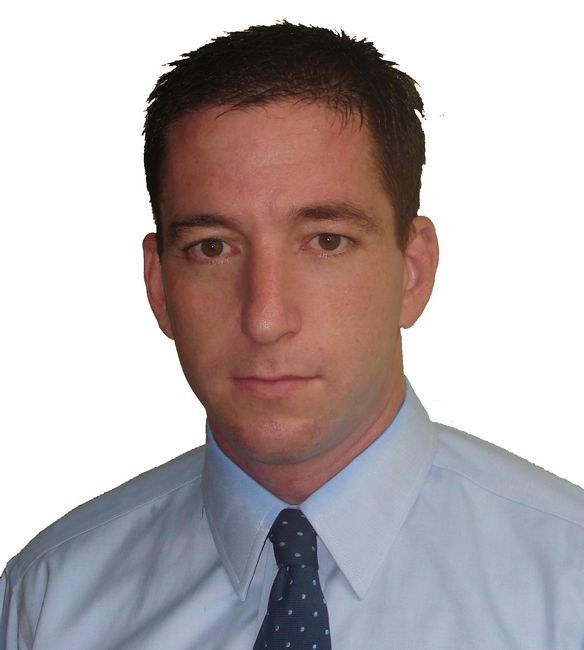 MEDIA ROOTS — When you’re Julian Assange, you just can’t do right.  The USA’s establishment has got it in for him now.  Doubtless, they’d like to grab him like Bradley Manning.  Assange says he’ll be called a traitor for interviewing radicals.  Journalist Glenn Greenwald says the attacks on Assange and RT reveal as much about the critics:

“The real cause of American media hostility toward RT is the same as what causes it to hate Assange: the reporting it does reflects poorly on the U.S. Government, the ultimate sin in the eyes of our ‘adversarial’ press corps.”

“In other words, like Assange, [at RT] they engage in real adversarial journalism with regard to American political power. And they are thus scorned and ridiculed by those who pretend to do that but never actually do.”

SALON — A new news show hosted by Julian Assange debuted yesterday on RT, the global media outlet funded by the Russian government and carried by several of America’s largest cable providers. His first show was devoted to an interview with Hezbollah leader Hassan Nasrallah (video below), who has not given a television interview since 2006. The combination of Assange and a Russian-owned TV network has triggered a predictable wave of snide, smug attacks from American media figures, attacks that found their purest expression in this New York Times review yesterday of Assange’s new program by Alessandra Stanly.

Much is revealed by these media attacks on Assange and RT — not about Assange or RT but about their media critics. We yet again find, for instance, the revealing paradox that nothing prompts media scorn more than bringing about unauthorized transparency for the U.S. government. As a result, it’s worth examining a few passages from Stanley’s analysis. It begins this way:

“When Anderson Cooper began a syndicated talk show, his first guest was the grieving father of Amy Winehouse.”

“Julian Assange, the founder of WikiLeaks, unveiled a new talk show on Tuesday with his own version of a sensational get: the Hezbollah leader Hassan Nasrallah.”

That contrast — between one of America’s Most Serious Journalists and Assange — speaks volumes already about who is interested in actual journalism and who is not. Then we have this, a trite little point, impressed by its own cleverness, found at the center of almost all of these sneering pieces on Assange’s new program:

“Mr. Assange says the theme of his half-hour show on RT is ‘the world tomorrow.’ But there is something almost atavistic about the outlet he chose. RT, first known as Russia Today, is an English-language news network created by the Russian leader Vladimir V. Putin in 2005 to promote the Kremlin line abroad. (It also broadcasts in Spanish and Arabic.) It’s like the Voice of America, only with more money and a zesty anti-American slant. A few correspondents can sound at times like Boris and Natasha of ‘Rocky & Bullwinkle’ fame. Basically, it’s an improbable platform for a man who poses as a radical left-wing whistleblower and free-speech frondeur battling the superpowers that be.”

Let’s examine the unstated premises at work here. There is apparently a rule that says it’s perfectly OK for a journalist to work for a media outlet owned and controlled by a weapons manufacturer (GE/NBC/MSNBC), or by the U.S. and British governments (BBC/Stars & Stripes/Voice of America), or by Rupert Murdoch and Saudi Prince Al-Waleed Bin Talal (Wall St. Journal/Fox News), or by a banking corporation with long-standing ties to right-wing governments (Politico), or by for-profit corporations whose profits depend upon staying in the good graces of the U.S. government (Kaplan/The Washington Post), or by loyalists to one of the two major political parties (National Review/TPM/countless others), but it’s an intrinsic violation of journalistic integrity to work for a media outlet owned by the Russian government. Where did that rule come from?

Also, while it’s certainly true that the coverage of RT is at times overly deferential to the Russian government, that media outlet never mindlessly disseminated government propaganda to help to start a falsehood-fueled devastating war, the way that Alessandra Stanley’s employer (along with most leading American media outlets) did. When it comes to destruction brought about by uncritical media fealty to government propaganda, RT — as the Russia expert Mark Adomanis documented when American media figures began attacking RT  – is far behind virtually all of the corporate employers of its American media critics.

Read more about Attacks on RT and Assange reveal much about the critics.