The long-awaited report by the Director of National Intelligence (DNI), allegedly proving Russian “interference” in the US election, includes a section solely dedicated to bashing RT, and specifically calls out my former show Breaking the Set, which ended two years ago, as a propaganda vector marking the beginning of the Kremlin attempt to subvert American democracy. 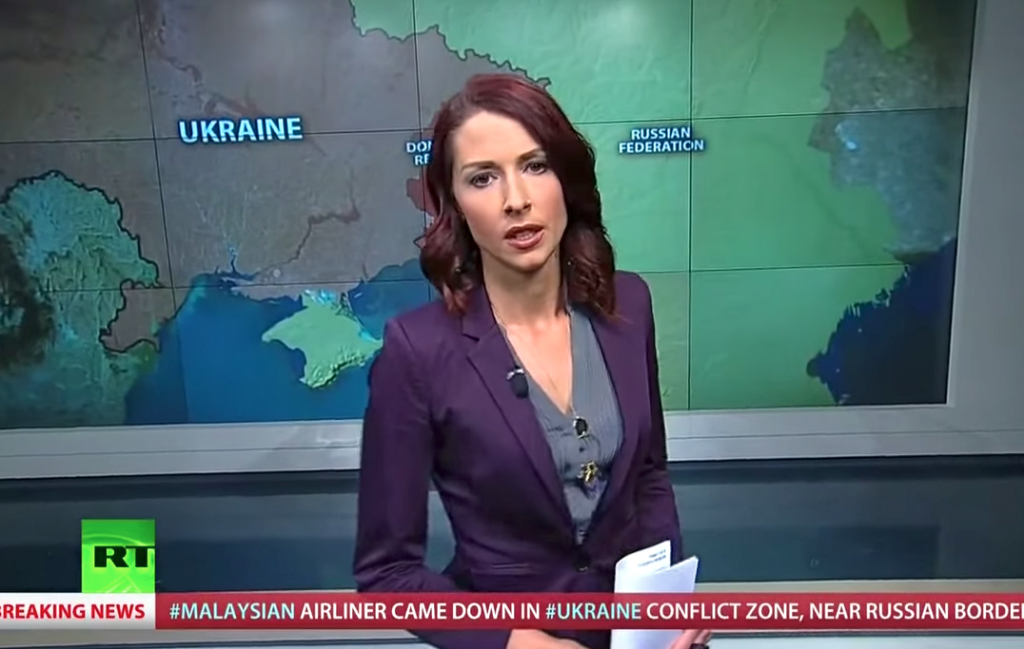 Desperate to push this US intelligence narrative, The New York Times called the report “damning and surprisingly detailed,” while adding that it includes no actual evidence.

The very next day, on Jan. 7, the Times published another piece titled “Russia’s RT, The Network Implicated in U.S. Election Meddling.”

In the article, NYT journalist Russell Goldman used two blatantly false statements about my work at RT to support the argument that the network is simply a Putin-dictated propaganda outlet.

First, he stated “…two anchors who quit during live broadcasts say the network is a propaganda outlet.”

I did not quit during a live broadcast, nor did I say that the network is a propaganda outlet.

He goes on to say “…Abby Martin, who said before quitting, ‘What Russia did was wrong.’”

Any cursory research into the referenced quote—when I spoke out against Russia’s military entrance into Crimea and the network’s glorification of it—will find that not only did I not quit on air, but that I continued my show for an entire year afterward.

I was interviewed about my on-air statement on many major news stations, from BBC to CNN, where I defended my editorial freedom and also called-out the double standards and hypocrisies in their coverage.

RT issued an official statement in support of my freedom to state my opinion on the network. Over the course of the next year, I continued to voice my concerns and opinions about Russia, from MH-17 to the Ukraine crisis, unfiltered.

I quit the network on my own terms in February 2015 because I wanted to do more in-depth investigative reporting, not because I believed it to be a propaganda outlet.

The Times issued a correction after these false accounts were featured prominently on their website for over 19 hours. But their correction still misrepresents the facts to push their narrative.

The correction reads “this article misstated when the RT anchor Abby Martin left the network. She quit sometime after denouncing on air Russia’s war in Ukraine, not during the live broadcast.”

The error in their article was not simply about when I quit, but the reason and circumstances for leaving the network. The article still implies that I left over this political disagreement.

Additionally, they removed from the article the line “two anchors who quit during live broadcasts say the network is a propaganda outlet,” but they do not note that change in their correction addendum, as is standard.

The article now includes a modified sentence: “Abby Martin quit some time after denouncing Russia’s incursion on air. ‘What Russia did was wrong,’ Ms. Martin said.”

This new line twists the truth, omits the facts, and ironically contradicts their entire argument.

The glaring fact is that I spoke out about the actions of Putin, Russia and RT’s coverage of it on air, and not only was I not fired, but I still had the prime time opinion show on the network for another year.

That begs the question to the NY Times: if RT is simply a Kremlin mouthpiece, how was I allowed to do this and still be featured prominently on the network?

It appears that the Times is, once again, working to push a false perspective being promoted by US government officials and agencies. To paint RT in such a cartoonish, totalitarian fashion—and to promote the idea that it is subverting US democracy—is the dangerous state propaganda that we should be worrying about.

One thought on “Abby Martin Responds to Exploitation by NY Times”