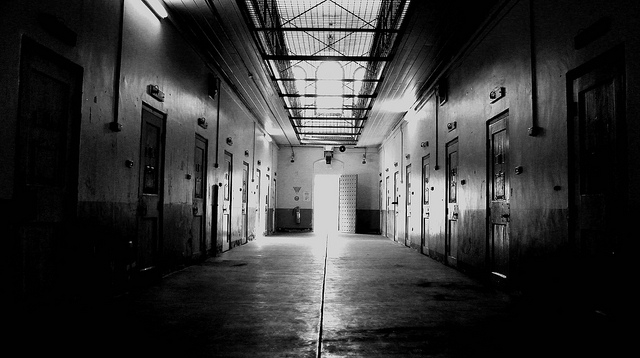 The prison system has become the established response to societal woes—from crime to mental health—and the private corporations that litter the globe have monopolized correctional facilities, amassing deep political influence in the process in order to further prison expansion and increase profits.

In the United States, where the human rights abuses of other countries are always on the agenda, the prison population is staggering. Though the U.S. has only 5% of the world’s population, it has a shocking 25% of its prisoners. Crime has dropped dramatically over the last 25 years, yet the number in prison has continued to increase at a dramatic pace.

Over 50% serving time in prison are non-violent, drug-related offenders, with about 30% locked up for marijuana only. The dehumanization of inmates, as well as those not yet convicted of any crimes, has led to extreme violence perpetuated by prisons guards and prison administration to go almost entirely unchecked, thereby leaving those most vulnerable to face normalized brutality with little to no recourse. In the windowless prison cells of the U.S. we also find racism and sexual violence existing in an almost customary fashion, pushing men and women of color deeper into the void of the criminal justice system.

Follow Abby Martin as she exposes the unsettling realities behind the prison industrial complex on The Empire Files.