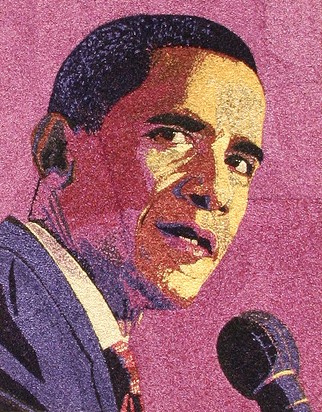 and again, US presidents have been impeached or forced to resign for all the wrong reasons.

Nixon resigned not because of the secret wars illegally conducted in Laos and Cambodia, but because he was caught bugging the phones of his political adversaries. Nixon wasn’t cuffed, read his Miranda rights and thrown into the back of a squad car for violating Article 1 Section 8 of the Constitution, which states that only Congress has the ability to enact war; instead he was given a catwalk and a fucking helicopter to leave the White House.

Nixon wasn’t relegated to an 8×10 cell to reflect on the hundreds of thousands of innocents that were vaporized by an ordinance dropped by B-52 bombardiers, rather he was given the comfy post-office title of former president, making media appearances in order to rationalize his brazen lawlessness, such as when he said, “When the president does it, that means that it’s not illegal.” Only a madman could say something like that with a straight face.

The same goes for Clinton. Clinton wasn’t impeached for violating the War Powers Act when he conducted a languishing air campaign in Kosovo to squash Serbian ethnic cleansing without Congressional authority. Notably, his was the first combat operation conducted for more than sixty days without express congressional authorization, setting the precedent for later presidents like Bush and Obama. Clinton wasn’t impeached for the economic terrorism waged against Iraq by implementing economic sanctions, which resulted in over half a million innocent deaths due to malnutrition and lack of healthcare. No, he was impeached for putting a cigar where he wasn’t supposed to.

And then there’s Bush. I mean, take your pick – warrantless wiretaps; offshore penal colonies; torture; wars of aggression. Yet, amazingly enough, there was no impeachment nor resignation to be found. In fact, former Democratic Speaker Nancy Pelosi promised that “impeachment was off the table” in 2006.

Not only is Obama overseeing a blatantly unconstitutional dragnet spying program across the planet, he’s waging an illegal drone war that has resulted in the deaths of thousands of innocent civilians and the violation of multiple nations’ sovereignty. Just like Nixon, this act of war has been shrouded in secrecy, as Glenn Greenwald recently elaborated upon in the Guardian:

“What has made these actions all the more radical is the absolute secrecy with which Obama has draped all of this. Not only is the entire process carried out solely within the Executive branch – with no checks or oversight of any kind – but there is zero transparency and zero accountability. The president’s underlings compile their proposed lists of who should be executed, and the president – at a charming weekly event dubbed by White House aides as “Terror Tuesday” – then chooses from “baseball cards” and decrees in total secrecy who should die. The power of accuser, prosecutor, judge, jury, and executioner are all consolidated in this one man, and those powers are exercised in the dark.”

According to Obama’s “Disposition Matrix” legalese, the good president retains legal grounds to assassinate individuals based not on any actual link to terrorism but rather on “patterns-of-behavior” analyses alone. For instance, Obama would have us believe that some poor Bedouin in Yemen has been radicalized because of intelligence reports alone, and if we don’t act now he’ll will probably conduct a terrorist attack in the near future, because a.) he posted a YouTube video proclaiming “Death to the Great Satan, America!” b.) visited Afghanistan for a “cousins’ wedding” c.) has a shirt that says “I Heart Osama.” How is this process even remotely legal, let alone accurate and effective?

Barring Obama having access to any sort of clairvoyance, this ought to be an open-shut case for his immediate removal from office, and for him to face charges of crimes against humanity in international courts. It’s time we impeach POTUS for the right reasons. It’s time we stand up and speak truth to fuckery.

If you are with me on this, then link this story to Twitter and include the hashtag #STTF.  Let’s get this trending.