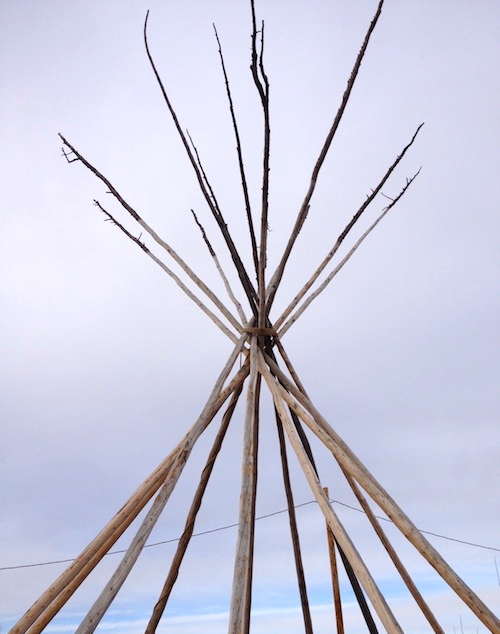 Pine Ridge, South Dakota, is the eighth largest Native American reservation in the U.S. and is home to the Oglala Sioux, one of the seven subtribes of the Lakota people. With gorgeous rolling hills and untamed wilderness, it’s no wonder why the land is held so sacred.

Yet, as beautiful as it is, Pine Ridge has also been deemed one of capitalism’s ‘sacrifice zones,’ because of the price the area has paid for centuries of endless capitalist expansion and Western commercialization of natural resources.

Pine Ridge Reservation is the second poorest community in America, and its state of helplessness has led to mind boggling statistics that are more in line with third world countries than the richest nation on earth – there’s an unemployment and alcoholism rate of around eighty percent, an annual per capita income of four thousand dollars, eight times the rate of diabetes than the national average and three times the rate of infant mortality.

Much of the despair among the indigenous population of North America could be attributed to having never recovered from the West’s utter evisceration of their culture, forced destruction of their people and mass genocide against their ancestors. It also doesn’t help that there is nothing for miles outside of the reservation, limiting job opportunities for Pine Ridge residents.

However, despite the multitude of problems facing a community that depends on federal funding to survive, many Sioux members have taken it upon themselves to empower the Lakota nation to a secure a brighter future. It was a honor to spend several days at Pine Ridge, and I left greatly humbled and inspired by the people I met.

Breaking the Set dedicated two episodes to shed light on the neglected plight of America’s indigenous population to cover the failure by the federal government to provide adequate social services, uphold centuries old treaties, and to allow the sovereignty of Native American communities to prosper.

Breaking the Set sits down with Oglala Lakota Nation Tribal Council to discuss the poor state of the reservation and the optimism the elders have about the future. Yvonne “Tiny” DeCory, BEAR program founder and youth activist, talks about her efforts to fight the suicide epidemic at Pine Ridge.

Breaking the Set talks to Treaty Council Elder, Floyd Looks For Buffalo Hand, about the mentality of the West and the basic principles the Lakota people live by. Henry Red Cloud, 5th generation descendant of Chief Red Cloud, discusses renewable energy and its future on the reservation, as well as ancient wisdom that needs to be applied to the modern world.