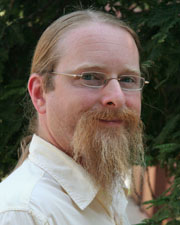 FLASHPOINTS — “You’re listening to Flashpoints on Pacifica Radio.  My name is Dennis Bernstein.

Dennis Bernstein:  “Well, it’s good to have you with us.  Why don’t you take a minute or two to talk about, I don’t know, what’s the latest corporate media outrage that’s on your mind?  I know that there’s a lot, a big selection.”

Mickey Huff:  “Yeah. [Laughs]  Yeah, to have a few minutes for that.  I mean, gee, it’s overwhelming.  I mean just the reporting that’s been going on over the weekend concerning the alleged lone gunman.  And, certainly, you’ve covered that and some other people at KPFA and some independent media have been covering this.  And it’s always the case that it’s some lone gunmen and it’s one tragic disaster.  And it has nothing to do with the overall architecture of empire.  And the dots are never connected.  In terms of that type of framing and issues of censorship in the Obama Administration’s War on Whistleblowers and Journalists, it connects, at least in our minds at Project Censored, to Obama’s role in continuing the imprisonment of Abdulelah Haider Shaye in Yemen, who also revealed the significant involvement of the U.S. in the slaughter of civilians there that they later claimed to be militants.  He went and uncovered that material.  Jeremy Scahill has reported that.  Glenn Greenwald’s reported that.  The corporate media is completely silent on those types of things.

“And, again, it also helps hide to the public the fact that these are not bad apples; these are not lone instances; these are not exceptions to the rule.  How many exceptions need to happen before it becomes the rule?  These are war atrocities.  War is terrorism.  And the media—the corporate media—in this country is complicit in, not only covering it up, but cheerleading it along the way.”

Dennis Bernstein (c. 53:48):  “I noted with Kathy Kelly, at the beginning of the show, that the mainstream media was saying there’s not nearly the response to this slaughter as there was, for instance, to the burning of the Quran.  But then we learn the so-called independent media supported by the U.S. government, was warned, ‘Shut it down or you’re gonna be punished.’  Sound familiar?”

Mickey Huff (c. 54:12):  “Yeah, it’s kind of amazing the collusion between government and these media organisations.  I mean, again, it’s easily, if anybody bothers to read the First Amendment they can see where there’s some problems here.  But the problem, really, goes further.  Again, the problem isn’t that just simply that these are horrible things that are happening.  These are things as you’ve mentioned earlier in the programme are things that come here at home in terms of the paramilitarisation of police against the Occupy Movement; H.R. 347, the new law that will basically criminalise dissent even if people are unaware that they are in an area that is a so-called restricted zone.  This is a continuation of the free speech pens under the Bush era.

“And the thing that’s quite alarming is both in the corporate media and even among liberals, why is this okay when Obama does it?  Can one imagine the outcry in the streets if there was a Bush president and these types of things were going on?  I mean you would have a serious mobilisation of many people that are liberal.  Certainly, the peace movement is still somewhat active in some of these movements.

“But because it’s an election year, there’s a serious tendency for people to say, well, there’s nobody else, but Obama.  We certainly can’t withstand a Santorum; or a Gingrich; or a Jeb Bush, dark horse out of the blue; or what have you.

“But, again, these people are turning a blind eye to, not again, not just these kinds of atrocities are being committed in Afghanistan and Iraq and Yemen and Syria and Libya.  But they’re acting as if, again, Obama is somehow different.  He has actually continued the trajectory of the Bush wars and attacks.  He has continued the illegality of them.  He has made real assassination strikes against U.S. citizens and drone attacks.  And he continues to be the worst president on record for attacking whistleblowers.”

Dennis Bernstein:  “Alright.  Let me jump in here, Mickey ‘cos I want to tell people what’s goin’ on. We’re speaking with Mickey Huff.  He is Project Censored’s Director.  They have an incredible new yearbook, Censored 2012 Sourcebook for the Media Revolution.  In Santa Rosa, there’s gonna be an event tomorrow night, there’s a reception 6-7pm, doors open from 7-9pm, at the Arlene Francis Center, 99 Sixth Street, Santa Rosa.

“And if people want more information about what’s gonna happen, how do they get that, Mickey?”

Mickey Huff (c. 56:35):  “ProjectCensored.org is our website.  The event tomorrow:  Dispatches from the Media Revolution Project Censored 2012.  Again, food and refreshments, 6-7pm.  Arlene Francis Center for Spirit, Art, and Politics, a wonderful space in Santa Rosa in the North Bay.

“We’ll be hearing from Michael Levitin of the Occupy Wall Street Journal.  Nora Barrows Friedman, Electronic Intifada, also formerly with Flashpoints.  We’re delighted that you’ll be there to talk about your new book, Dennis.  Abby Martin of Media Roots.  Associate Director, Andy Roth.  Peter Phillips.  Carol Brouillet, long-time activist in the South Bay.  Paul Ray, 9/11 researcher.  Again, we’ll have many, many different people.  And we’d love to come out and meet everybody.  And talk to students and professors about the research we’ve done on the 2012 book.  And also foreshadow what’s going on for the near future.”

Dennis Bernstein (c. 57:18):  “And we want to let people know that if they can’t make it.  They can check it out on NoLiesRadio.org, right?”

Mickey Huff:  “That’s correct.  Allan Rees will be streaming the show live.  And we invite people to watch and to, again, make comments, stream, and, of course, if anybody has stories that they’re interested in seeing; get more of a voice and a megaphone because they are not being covered, whether it’s at Pacifica or any other media outlet, please nominate stories at ProjectCensored.org.”

Dennis Bernstein:  “Alright.  Mickey Huff, Director of Project Censored.  Hoping to see you tomorrow night at the Arlene Francis Center.  Starting at six o’clock for the reception.  Thanks, Mickey.

Mickey Huff:  “Thanks so much, Dennis.  We appreciate being on.”