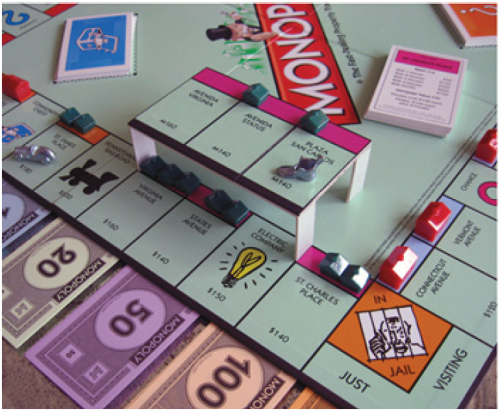 MEDIA ROOTS — If you’ve taken Economics 101, you may have had the same realisation I did when the course reached the part where the USA, for example, goes off the gold standard and the dollar becomes a purely fiat currency with no gold or anything tangible backing it.  When the issues of the business cycle arise, the inherent boom and bust cycles of our capitalist system, and the citizenry, economists, and legislators face the questions of what to do about those recurrent economic recessions, conventional economics says we must cut spending and raise taxes.

And, of course, those actions will be undertaken on the backs of the working-class and in favour of the ruling-class with regressive taxes and budget cuts.  Yet, one common sense solution was obvious given the USA’s fiat (or sovereign) currency:  Why doesn’t government simply print (or issue) more money, so small businesses can operate, hospitals and schools can be well-funded and accessible to all, and so on?  But our academic and civic culture has been so indoctrinated by neoclassical economic dogma the immediate rebuttal, not open for debate, simply insists that would be inflationary.  Yet, commercial banks create credit currency all the time, but neoclassical economics doesn’t decry those commercial activities as inflationary.

Thus, many of us have been impressed by the Modern Money Theory (MMT) school of political economics, which empirically confirms such common sense ideas as valid.  Media Roots featured Guns and Butter broadcasts of the recent MMT Summit in Rimini, Italy.  Particularly, Dr. Stephanie Kelton’s presentations explain what money actually is, how it works today, and how MMT presents viable alternatives to the fiscal austerity now being imposed on Europe and being proposed for the USA by the same banking and financial elites.  In a new article published at New Econonomic Perspectives, J.D. Alt uses the children’s game of Monopoly to help us rethink its objective as well as conventional notions of money, banking, and finance.  Alt helps us understand why the USA is not broke and fiscal austerity is not inevitable.

NEW ECONOMIC PERSPECTIVES — Why does it seem like there isn’t enough money to pay for the things we really need? The headlines are filled with stories about our nation’s “debt problem” and dire warnings about our impending “bankruptcy.” As an architect who fills his waking hours thinking up all kinds of wonderful things we could be building, I’m alarmed by the idea there isn’t enough money to pay for any of them. Before wasting more time dreaming, I had to find out: Is it really true? Are we reallytoo poor to put America back to work making and building the things we need to maintain a prosperous nation?

Searching for an answer, I discovered a small (but growing) group of economists (see here, here, here, here, here, here) who represent an emerging school of thought known as “modern monetary theory” (MMT). These men and women are valiantly trying to make us all understand a paradigm shift that occurred some forty years ago, when the world abandoned the gold standard. Their key insight shocked me: A sovereign government is never revenue constrained when it is the Monopoly issuer of its own pure fiat currency; it has all the money that’s needed to put its citizens to work building anything—and providing any service—that is desired by the public (provided the real resources are available). Even more remarkable, sovereign “deficits” in the fiat currency are just the accounting record of the surpluses that have been injected into the private economy. Eliminating the sovereign currency deficit by imposing austerity will not make the economy healthier; it will, in effect, bankrupt the citizens!

If this seems to defy logic, stay with me for just a few minutes. I’m going to propose a simple exercise that will help you “see” this reality for yourself. The exercise is simply that everyone join me in a familiar game of Monopoly. By the end of the game, I hope to convince you that MMT is correct and that we could be doing better, much better – for ourselves and future generations—if we just understood and took ad vantage of our modern monetary system.

Read more about Playing Monopolis Monopoly: An inquiry into why we are making ourselves so miserable.

One thought on “MMT: Why the USA Is Not Broke”